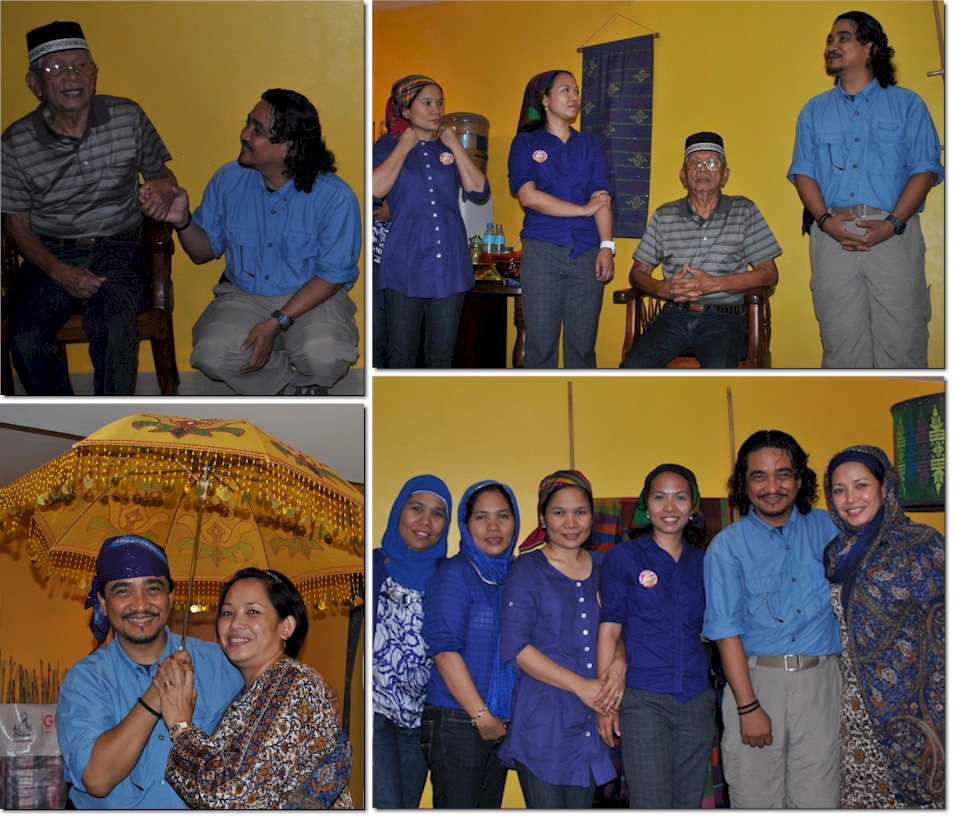 We thank the Hon. Datu Kharis Baraguir and his family for inviting us at the Grand Opening of Datu’s Brew, the first Bangsamoro-conceptualized fair trade coffee shop in the Philippines.

Joji and I are a native Tagalog couple. Through the Baraguir Family, we have learned to love, respect, and appreciate the history and culture of the Bangsamoro in general, and of the Maguindanao people in particular.

Our experience at Datu’s Brew encapsulated — through sight, touch, hearing, smell, and taste — our formerly-abstract and academic idea of the term Maguindanao.

As a social enterprise, the Baraguir family explored the values that are relevant to them. The three terms they chose to characterize their advocacies are history, art, and peace.

Inside Datu’s Brew, we had a grasp of the Moro people’s nationhood. A nation is said to be a territorial community of nativity.

Datu’s Brew is not just a story of business interest which is merely characterized by labor and market.

Datu’s Brew is the story of a native people’s journey in their native land — that of blood and soil.

Art. Datu’s Brew re-tells the journey of Mindanao through the lenses of the Bangsamoro narrative using arts and crafts. The pieces of artistic items and textiles presented to their guests represent certain segments of history and aspects of their culture.

Products of Ginis Arts and Crafts are displayed for sale at Datu’s Brew.

Ginis Arts and Crafts and Datu’s Brew both bring light and understanding to the Bangsamoro’s vision of a land where beauty and freedom is Reality.

Peace. Our experience at Datu’s Brew gave us the indicator that the visionaries behind this social business understand that genuine peace comes from Salaam.

The Arabic word “salaam” basically means “completeness, soundness, welfare, and peace.” Completeness has the idea of being whole — that is, all the parts are connected with each other. Soundness can be understood also as safety of the body and clarity of mind. Welfare can be viewed as wellness — that is, holistic health and prosperity.

Peace can be read as tranquility, contentment, and healthy relationships.

The ultimate meaning of Salaam is total submission to the Creator.

Peace is harmony with other human beings, and thus, the absence of any hostility or war.

Having said all these essential characteristics of Datu’s Brew, it must be emphasized that Datu’s Brew serves the best 100% Arabica beans that has been ranked as Premium Coffee in accordance with global cupping standards.

The food menu and serving at Datu’s Brew is at par with international standards, appreciated by foreign aid workers and peace building executives in Mindanao.

In our role as co-founders of Coffee for Peace, we are privileged to be a partner in this business: we supply Datu’s Brew with global standard quality and fair traded Arabica coffee beans.

Again, we thank the Baraguir Family for inviting us in this social entrepreneurial endeavour.

Permanent link to this article: https://waves.ca/2011/05/10/experienced-history-art-peace-at-datus-brew/