WE’RE DONE WITH OUR FIRST WAVE OF RELIEF, MEDICAL, AND TRAUMA INTERVENTION

WE FORMALIZED OUR PARTNERSHIP WITH THE TALAANDIG TRIBE 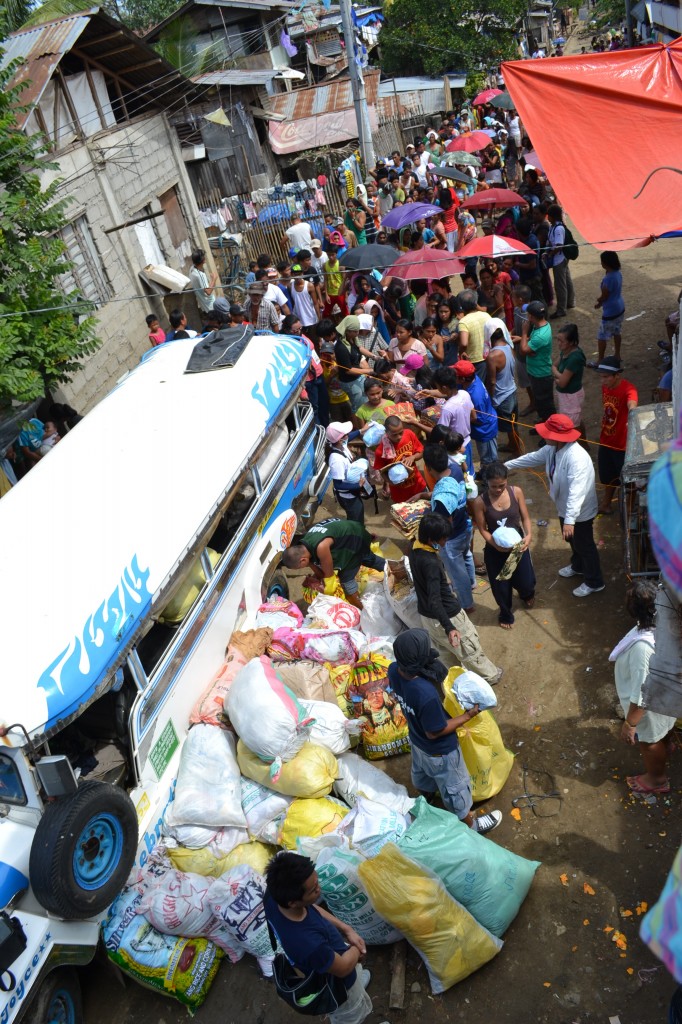 On the afternoon of December 16, 2011, PAGASA reported the typhoon to have maximum winds of 65 kilometers per hour and gustiness of 80 kilometers per hour, alerting several provinces in Luzon, Visayas, and Mindanao. On early morning of December 17, 2011, the typhoon hit the cities of Cagayan de Oro and Iligan, as well as other surrounding municipalities in the province of Bukidnon. Several houses were swept away by the raging flood waters, many people died and some are still missing. The National Disaster Risk Reduction and Management Council (NDRRMC) reported a total of 1, 010 dead caused by the typhoon, and a total of 1, 603 people injured.

The typhoon devastated most areas in Iligan and Cagayan de Oro cities, and the NDRRMC admitted that the PAGASA warnings failed due to the lack of accuracy, especially in the areas that will be affected by the typhoon. Iligan and Cagayan de Oro cities were not warned of the typhoon. The strength of the typhoon was also not accurately measured, since the actual amount of rainfall and wind measure exceeded the estimate of PAGASA. Some environmentalists, however, blame the damages to illegal logging and mining that were being conducted in the nearby provinces, which caused the extreme damages.

The response of Mennonite Central Committee and Mennonite Church Canada were prompt and generous. Encouraging notes, prayers, and funds were sent very quickly. Here’s one from Ann Campbell-Janz:

I am also sorry to hear of the devastation and loss of lives in Cagayan de Oro, Iligan City and Lanao. I am thankful that Peacebuilders and others are mobilizing volunteers and donations from local gov’t, businesses, churches. to help the 20,000 displaced people by Typhoon Sendong. I just spoke with our disasters management director and MCC is able to provide $5,000-$10,000 for immediate emergency needs.

Even before we called for help, we received this email from Gordon Janzen:

I heard of the “tropical storm” that Mindanao last night, especially Cagayan de Oro and Iligan. I am sad for the loss of life.  How is Davao?  Our prayers are with you.

Mennonite Church Canada sent an above-budget amount of Canadian $5,000 for this emergency purpose.

Immediately after the typhoon, Peacebuilders Community, Inc. (PBCI) coordinated with other organizations to launch an emergency relief operations and other much-needed responses such as Healthcare and Psychosocial intervention to the survivors of the typhoon.

The PBCI network, dubbed as Give Love, Save Lives, was able to raise the equivalent of $21,000 in cash donations and goods from individuals, families, and various local and national organizations.

The Relief Team, led by Kriz Cruzado, Director of Field Operations, packed goods that were donated by several organizations and individuals. Mats, pots and pans, toiletries, rice, and canned goods are some of the stuff that they gave away. They were able to serve a total of 2, 065 families.

The Medical Team, led by Mei Solocasa, PBCI Healthcare Specialist, was able to care for a total of 906 patients for both Iligan and Cagayan de Oro cities. The Psychosocial Intervention Team, on the other hand, was able to care for 406 traumatized children in the areas. Bennette Tenecio, PBCI Director of Support Operations, led the Psychosocial Intervention Team.

Over all, there were a total of 62 volunteers and partner individuals mobilized to be part of the Give Love, Save Lives Team. We are also thankful to the Peace and Reconciliation Community Region 10 (PARCOM 10), which was organized by PBCI in October 2011. They immediately responded to the people and even organized the Kagay-an Evangelical Disaster Response Network (KEDRN), which became the command center for all evangelical groups that conducted relief operations in Cagayan de Oro City, in coordination with government officials and agencies.

It was a blessing for PBCI to have a group of people who worked together for a common goal of helping others.

Permanent link to this article: https://waves.ca/2012/02/04/final-report-on-typhoon-sendong-relief-operations/