THE DREAM OF PAR COMMUNITY MULTIPLICATION IS BEING REALIZED

I’M PRAYING FOR THE DEMILITARIZATION OF THE PHILIPPINES 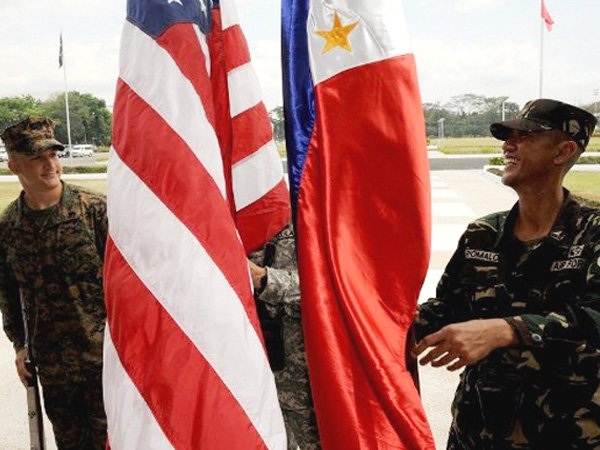 Between April 05 and 17, over 8,000 Philippine and American military personnel are participating in this year’s 29th Joint Exercises known as “Balikatan 2013”. Balikatan is a Pilipino term that translates to shoulder-to-shoulder. Both the US and the Philippine military forces make sure that they maintain inter-operability. Balikatan 2013 is Co- Directed by PH Major Gen. Virgilio O. Domingo (Commandant of AFP Command and General Staff Course) and US Lt. Gen. Terry G. Robling (Deputy Commander, US Marine Corps Forces, Pacific).

According to the Office of the President, Balikatan 2013 “covers bi-lateral as well as multilateral events that will include a Command Post Exercise (CPX), a Field Training Exercise (FTX) and several Humanitarian Civic Action (HCA) activities that will be held in Zambales Province, Tarlac, Fort Magsaysay in Nueva Ecija, all in Luzon Island, Philippines.”

A big component of this joint military exercises is focused “on training in and development of regional disaster management and emergency response mechanisms.”

It also claims to test and validate “the PH-US Humanitarian Assistance/ Disaster Relief Concept of Operations in a multinational and multi-organizational scenario.”

One of its highlights is “the Multinational Maritime Humanitarian Assistance/ Disaster Relief (HA/DR) Roundtable Discussion that will be held in Camp Aguinaldo, Quezon City” which will be participated by security officials from Australia, Brunei, Japan, Republic of Korea, Singapore, Thailand, United States and the Philippines. The purpose of this Maritime Roundtable Discussion is “to identify command relationships and responsibilities that will allow reaction forces to deal effectively and efficiently in any contingency in the region.”

All these military exercises sound noble, heroic, and so concerned with the people’s welfare. Except that the equipment they are using do not seem to fit the so-called humanitarian activities. In one of the exercises which is supervised by the Pacific Command of the US Armed Forces, 270 tactical vehicles and amphibious assault vehicles were transported to Subic by USNS 1st Lt. Jack Lummus (T-AK 3011), and USNS Sacagawea (T-AK 2) of the Subic Pacific Command of the US Armed Forces. According to a report, this year’s exercises use the “MV-22B Osprey, an American multi-mission, military, tilt-rotor aircraft with both a vertical takeoff and landing (VTOL), and short takeoff and landing (STOL) capability.” 20 US military aircrafts are also being used.

All these military activities coincide with the media hype about the dangers of North Korea’s so-called nuclear capability and the increasing presence of Chinese military vessels in the West Philippine Seas.

Many Filipinos see America as our savior from external threats.

During World War II, the US fought the Japanese in Philippine soil. During the Vietnam War, the US used Subic Bay and Clark Field as their bases for their respective naval and air operations. It seems that the present Philippine administration, whom I truly want to continually admire, is opening our country again to be used, perhaps abused, for American military actions in the Pacific.

I grew up in Olongapo City in the 60s through the 80s. ‘Gapo, as we fondly call our city, is an urban area adjacent to the former US Naval Base around Subic Bay. It was a rest and recreation area for American military personnel during the Vietnam War. I saw how many of the children I grew up with ended up in prostitution and have ruined their lives. Many of them were Amerasians–children of American military personnel to local Asian women who worked in the sex industry during the Vietnam War.

May God prevent this country from becoming a staging ground once again for war, and a place for sexual exploitation, by a superpower that our past and present governments have been serving at the expense of our people.

Permanent link to this article: https://waves.ca/2013/04/10/im-praying-for-the-demilitarization-of-the-philippines/