OUR SMALL ‘COFFEE FOR PEACE’ IS MAKING A BIGGER IMPACT

THE ART OF TRANSCENDING OUR OWN CYCLE OF VIOLENCE 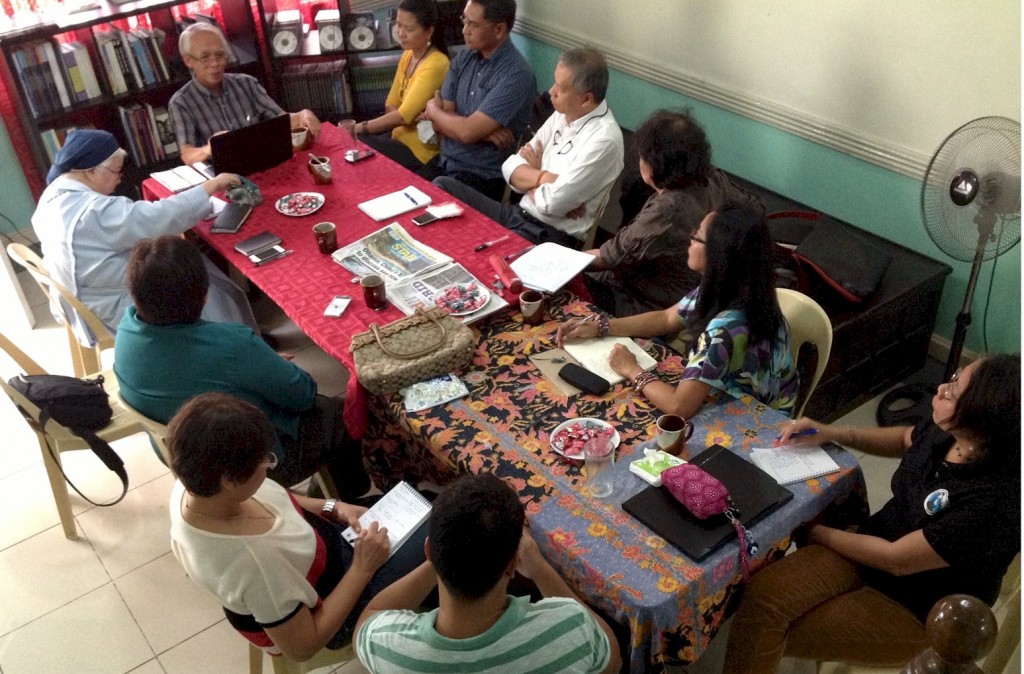 National leaders of civil societies advocating for peace listen to Rey Casambre, an NDF consultant, as he shares his views on the current impasse in the peace talks between the Government of the Philippines (GPH) and the National Democratic Front (NDF). The CSO leaders are seeking new ideas on how they can help GPH and NDF reach a negotiated political settlement and eventually end this longest ongoing revolutionary war in the world. 25 May 2013, Quezon City.

How do we transcend the cycles of violence that bewitch our human community while still living in them?

This is the basic question in John Paul Lederach’s book, The Moral Imagination (2005).  Moral refers to our mind’s capacity to create—to think, to reflect, and to act.  Imagination refers to our capacity to generate constructive processes that are rooted in the day-to-day challenges of conflict and violence, transcending destructive patterns, and to create, as in aesthetic conception, a previously non-existent reality.

Moral Imagination is “the capacity to imagine something rooted in the challenges of the real world yet capable of giving birth to that which does not yet exist. In reference to peacebuilding, this is the capacity to imagine and generate constructive responses and initiatives that, while rooted in the day-to-day challenges of violence, transcend and ultimately break the grips of those destructive patterns and cycles.” 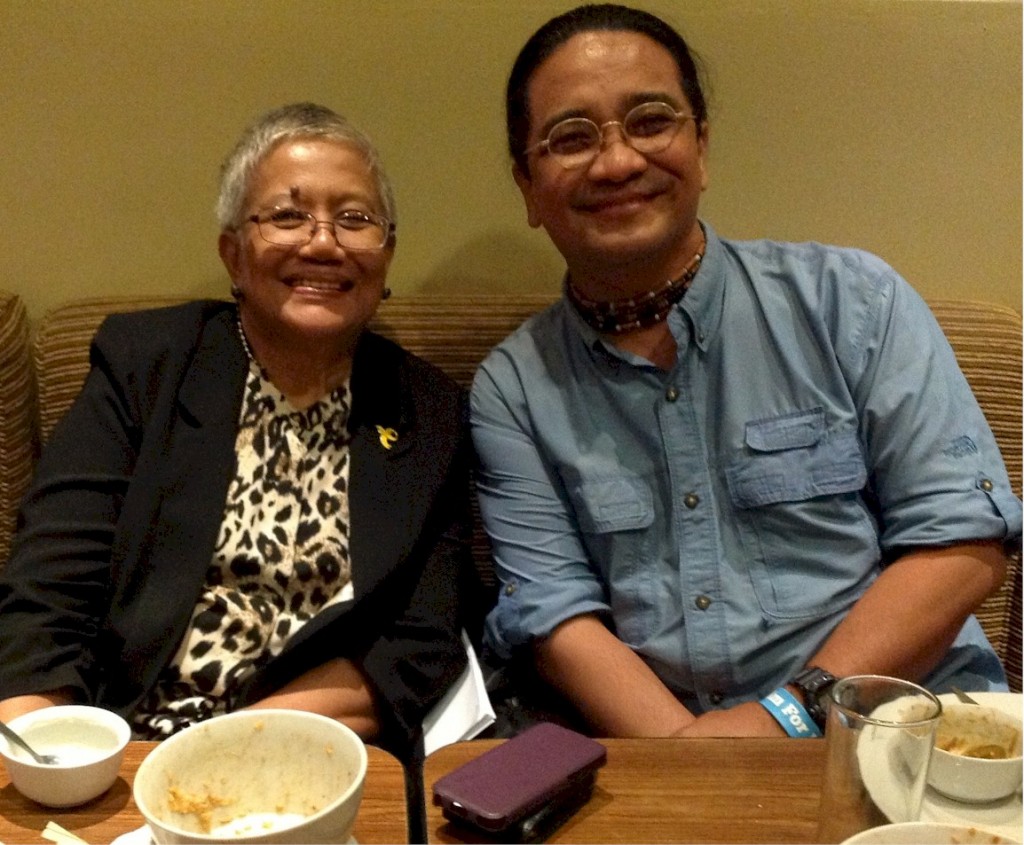 I had the privilege of joining a group of peace advocates who met with Secretary Teresita Quintos Deles, the Presidential Adviser on the Peace Process. We listened to her perspectives on the current state of peace processes in the Philippines.

On 03 April, the Peace Panel of the Government of the Philippines (GPH) who is negotiating with the National Democratic Front of the Philippines (NDFP) held a forum in Davao City to “search for new approaches” as the talks reached again a dead end.  In the previous months, both the GPH and NDFP were optimistic in reaching an agreement on a special track (ST) which is different from the formal peace negotiations.  However, this ST did not work out.  Both the GPH and the NDFP are blaming each other for the “stymied” special track.  Now, the GPH is holding consultations with other stakeholders nationwide supposedly to generate input for new approaches which seeks to address “concerns both on the peace table and on the ground, especially among the communities most affected by the conflict,” as expressed from a statement of the Office of the Presidential Adviser on Peace Process.

The NDFP is not in favor of this move and its armed wing promised more offensives in the countryside.

Please join us in praying for the Shalom of Christ in our country.

I have seen such turning points and possibilities from the experience of people and communities who have been struggling with the reality of violence in small, but critical, areas in Mindanao and in other armed-conflicted villages in the Philippines.  In those areas, violence seems to have been regarded as the ‘norm’ for dealing with conflict.  Yet, from their immersion in the challenges of a violent reality, a number of people and communities have ventured down on unknown paths and have created or discovered a new reality that was previously non-existent.  These newly discovered or created realities transcend the abnormal reality of violence that has been previously regarded as the norm.

Transcending violence is forged by the capacity to generate, mobilize, and build moral imagination.  To rise above violence, Lederach suggests four disciplines that must be mobilized:

May the GPH and the NDFP negotiators, along with all the stakeholders in the search for peace in this land, be enlightened with a Moral Imagination and transcend our own national cycle of violence. 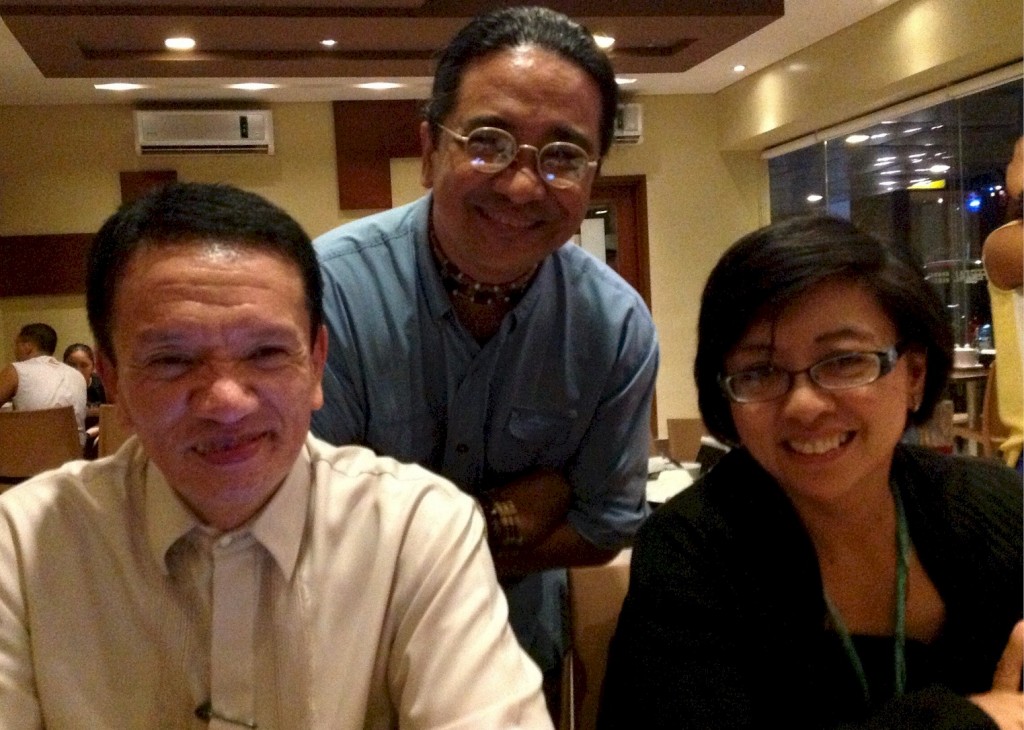 Permanent link to this article: https://waves.ca/2013/05/26/the-art-of-transcending-our-own-cycle-of-violence/