SO HAPPY THAT THE BBL IS NOW IN THE LEGISLATIVE BRANCH

PBCI CONTINUES TO JOURNEY WITH THE KALINGA FIRST NATION 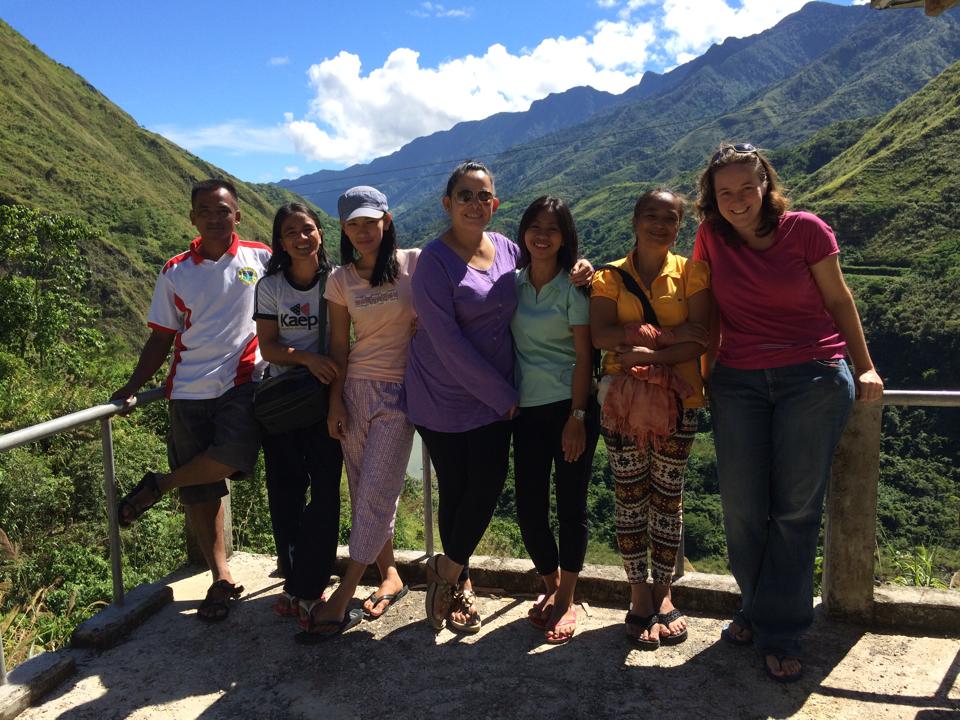 Through the visionary leadership of Twinkle “Tala” Alngag Bautista, the Peace and Reconciliation (PAR) movement is being nurtured among the indigenous people in the northern mountains of the Philippines called Kalinga.

:: In 12-16 April 2010, Dann Pantoja felt a need to travel to Tabuk City, the capital of Kalinga Province, to get to know the Kalinga people.  There, he was given a whole morning to dialogue with the Matagoan Bodong Consultative Council (MBCC), which, according to Arlene Ethel Odiem of the city mayor’s office, was “the peace and reconciliation elders of the Kalinga people.”  Dann was also aware that his colleague, Jonathan Rudy of Mennonite Central Committee, had already been there and had, in fact, conducted a series of peacebuilding seminars among those leaders.  But still, Dann strongly felt “there is something existential that connects PBCI and the Kalinga people” which he was not able to describe at that time.

:: In June 2010, Dann & Joji Pantoja met Hart and Ginny Wiens, a Canadian missionary couple to the Philippines who served with the Summer Institute of Linguistics (SIL).  Hart and Jenny were from a Mennonite background.  They lived with the Kalinga people for 20 years and helped translate the New Testament in a Kalinga language.  In the last week of January 2011, the Wiens led the Pantojas through a nine-hour hike to Asibanglan, a Kalinga community where the Weins used to live.  There, the Pantojas were invited by the tribal elders to start a coffee livelihood program within the PAR framework.  After a few months, PBCI sent Kriz Cruzado and Regina Mondez to conduct an introductory seminar on PAR and Coffee For Peace.

:: In 30-31 May 2011, PBCI was requested by the Philippine Council of Evangelical Churches (PCEC) to conduct PAR Facilitators Training among their youth leaders who were involved in social action.  Among those youth leaders was Tala—a young Kalinga lady who finished a bachelors degree in Journalism from the University of the Philippines.

:: In 07 November 2011, Tala was accepted into the two-year training program with PeaceBuilders School of Leadership (PBSL).  She showed high interest and performance in theological reflection, social analysis, and field work.  She particularly excelled as a field team leader doing actual PAR community development in one of the most critical areas in Mindanao.

:: In 23 December 2013, Tala moved back among the Kalinga people to fulfill her calling to advance biblical justice, peace, and reconciliation starting from her home tribe.  “Becoming a missionary, “ she said, “had been my dream since I was five years old.”

:: In 26-29 August 2014, Tala invited Joji Pantoja to Sumacher, her home tribe in Kalinga.  Tala’s family and tribe adopted Joji as one of their daughters.  “When the sisters was putting the welcome necklace,” Joji testified, “I was almost in tears for their open arms.”  During that time, the Sumacher Tribe expressed their desire to become the initial PAR Community in Kalinga. We call her Tala – the Pilipino term for star.  Tala is a proud member of the Kalinga First Nation and celebrates the fact that she belongs to the Indigenous People: “I’m an IP.”  She’s a graduate of the University of the Philippines in Diliman, with a Bachelor of Arts degree in Journalism. At an early age, she dreamed to be a missionary. Now that she’s part of PeaceBuilders Community, she testifies with much excitement that she is a Peacebuilding Missionary!

Asked about her passion as a Peacebuilding Missionary: “I believe in the wealth of the indigenous knowledge… I dream of IPs rejoicing in their cultural heritage without shame, freely sharing the indigenous knowledge with the mainstream–the business world, academe, media, etc. The encouraging thing is, there are already steps done to uphold the IPs. We can build on them.”

Permanent link to this article: https://waves.ca/2014/09/03/pbci-continues-to-journey-with-the-kalinga-first-nation/