‘COFFEE FOR PEACE’ LOBBIES FOR THE PASSING OF BBL IN CONGRESS

MY UNDERSTANDING OF POWER ACCORDING TO JESUS

IS THERE JUSTICE AND PEACE IN OUR DISASTER RESPONSES TO THE HAIYAN DISASTER? 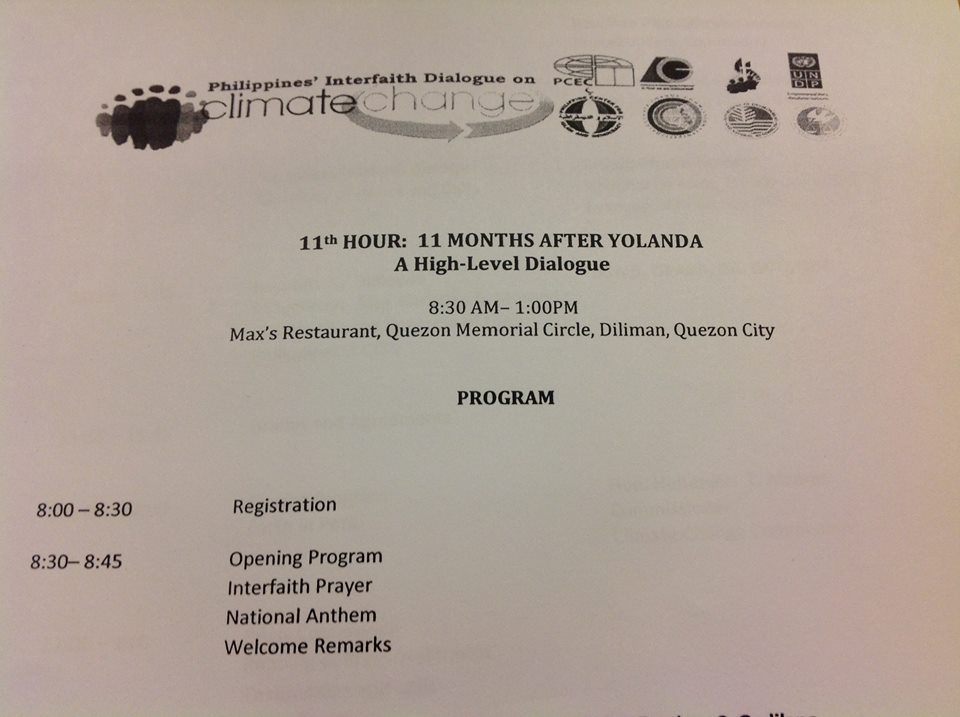 So I shared my heart and mind in this gathering called “The 11th Hour” — an interfaith dialogue about the plight of the Haiyan/Yolanda survivors, eleven months after the disaster.”

What I said:
:: The government disaster response was politicized
:: The government was not there in the first few days after the super-typhoon
:: I saw “imperialistic attitudes” in the behavior of many international aid workers
:: A number of international NGOs tried to implement programs and systems that are out of context — culturally, socially, politically, economically
:: I experienced sectarianism among some faith-based aid organizations

Some responses by fellow ground workers:
:: “You shared what our community has been shouting about.”
:: “Thank you for sharing what’s in your heart.”
:: “You were too soft in describing what really happens out there.”
:: “You were too harsh on our public servants.”
:: “The government officials were there, as victims, not as functioning government.”

Some responses by government officials:
:: “We were there, maybe not well-functioning, but we did our best.”
:: “Our laws and government systems slow us down, but we have to follow them as we try to fill in the gaps.”
:: “That was unfair! You don’t know how hard we have been working out there.”
:: “Even other countries have to wait this long for rehabilitation.”
:: “Too many criticism… We should, instead, synergize our efforts.”

Permanent link to this article: https://waves.ca/2014/10/08/is-there-justice-and-peace-in-our-disaster-responses-to-the-haiyan-disaster/