I’M AN ANABAPTIST. I MUST NOT BE MILITANT AGAINST MILITANT PEOPLE

Militant. Combative. Aggressive. Violent. Confrontational. Usually for the purpose of advancing a worldview, a value system, a set of behaviors. Mostly visible in religious, social, or political advocacies or programs. 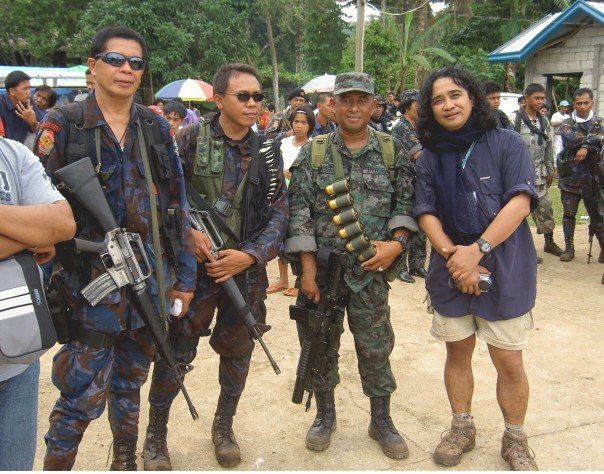 This was the first photo that was circulated throughout the Menno cosmos when Joji and I first landed in Mindanao in 2006 as peacebuilding workers sent by Peace Mennonite Church, with the Mennonite Church Canada Witness as the supervising agency.

We had to answer lots of questions because of this picture. One of my favorite questions was from a beloved brother from Winnipeg: “What were you doing hanging out with those armed men? You’re supposed to be a peacebuilding missionary?”

What’s interesting was that, when I told him that those heavily armed guys were the government soldiers trying to protect me and my white Mennonite colleagues from kidnap-for-ransom groups, he immediately changed his facial expression, from frown to smile, and said: “Oh, I see. Those were the good guys!”

But I also hang out with the enemies of these good guys – the New People’s Army and the Moro Islamic Liberation Front.

We hang out with the New People’s Army or the NPA.

Yup. NPAs are the commies.

Our colonizing masters from this great continent made sure that most of us, good Christian Filipinos, hate the commies.

But I embrace these so-called communist enemies. 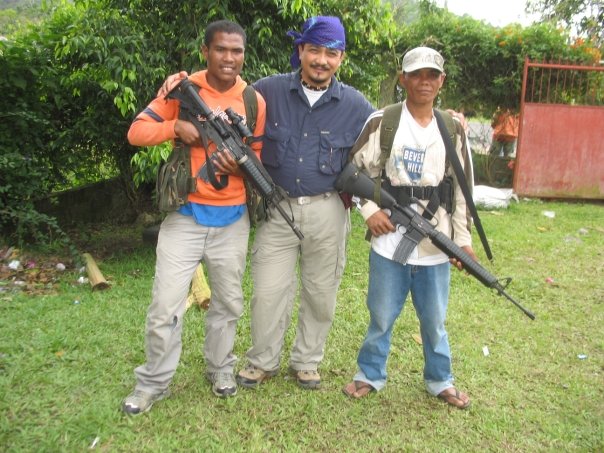 Because I believe that’s what Jesus expects of me. And the Mennonites sent me to them to represent Jesus as the Mennonites understand Him, right? Prince of Peace.

Joji and I approach these people with Jesus’ listening heart. When they tell their story, we drop all our preconceived ideas about them. All of them. Including all the concepts taught by our beloved Cultural Anthropology professor. Then they speak: “We are Matigsalog people. We have been fighting to protect our land for decades. Our ancestors were created in this land by our Creator. This land own us. We have been struggling for many, many years to defend our own way of living from people with pieces of papers that say this land belong to them. No. This land owns us. We belong to this land. Because we defend our people and land, they kill us. Their soldiers kill us, Lumads (Indigenous People).”

And so I’m bringing their voice before this gathering. #StopKillingLumads.

After listening to them. They remembered why I came to their Ancestral Land in the first place. “You’re here to buy coffee, right?” one of the elders asked.

I nodded again while raising my eyebrows twice, smiling. It means ‘Yes’. A sincere ‘Yes’.

Then all of them said, “Welcome.” And they all embraced Joji and me.

We also hangout with the Moro Islamic Liberation Front.

As a nation of 13 ethnolinguistic groups, they are referred to as Moro. They are officially known as the Bangsamoro (Nation of Moors). Most of the Moros are Muslim by religion.

It was in 2004 when I started knocking at the hearts of their community’s traditional gatekeepers. After six months living with them, the elders embraced me and treated me like a son. The young people treated me like a brother. The young men, after years of deep brotherly relationship, became my brothers. 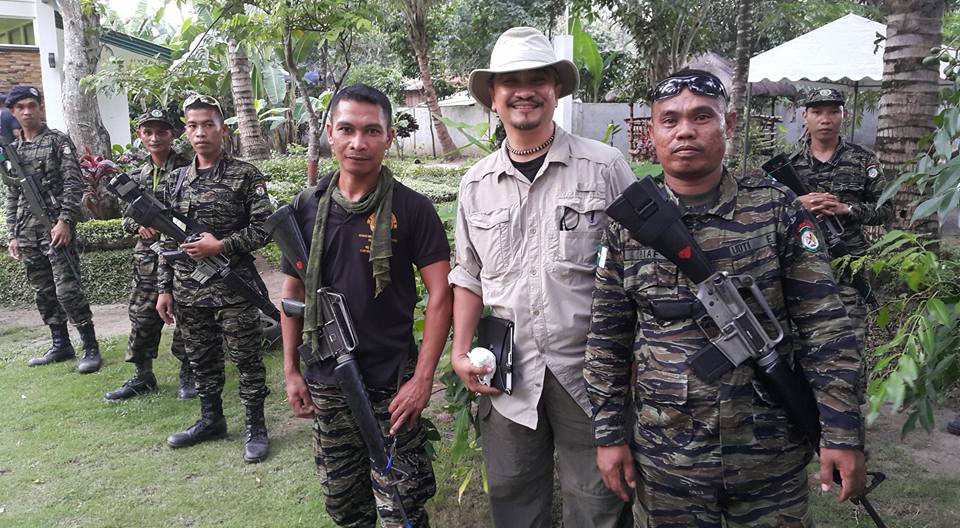 The Moros have resisted both the Spanish and American colonialization of their homeland called Mindanao. Their struggle for their right to self-determination continues until now with the leadership of the Moro Islamic Liberation Front. The Mindanao conflict is really a story about historical injustice.

When Joji and I came as peacebuilding missionaries in 2006, we were saddened by what we have learned. First, the majority Christian population of the Philippines has a strong anti-Muslim bias. The 2005 Philippine Human Development Report says that in Metro Manila, 57% of residents will opt for residency in a place with higher rent so long as it is far from a Muslim community. Second, the minoritization of the Moros came as a result of the failure of the government to protect the Moro ancestral lands. Once the majority in Mindanao, the Moros now comprise only 22% of the population. And third, the government failed to deliver basic services and the needed development to Moro communities. The 2005 Human Development Report shows that Muslim areas like Lanao del Sur, Maguindanao, Sulu, Tawi-Tawi and Basilan continue to suffer the highest poverty incidence.

One of the ways our small organization, PeaceBuildersCommunity, Inc. (PBCI), contribute towards peace and reconciliation is by bringing together Muslims and Evangelical Christians to foster better understanding of each other through dialogue, and by conducting ‘Peace and Reconciliation Seminars’ and ‘Inclusive Development Initiatives’. It is as a follower of Jesus that we engage these militant Muslims, with the hope of spreading to them the love that Jesus has showed, and continually shows, toward us. 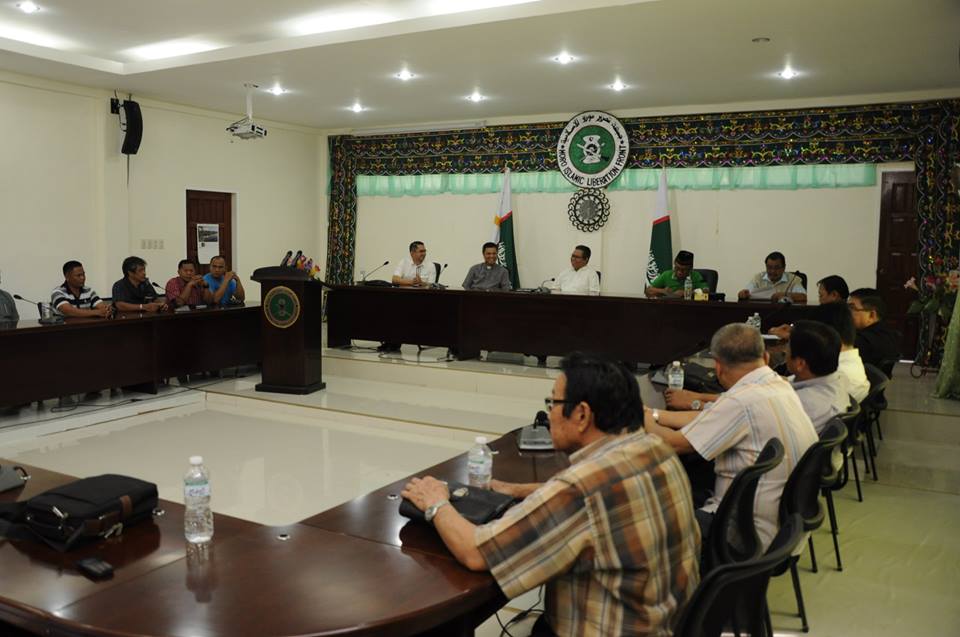 “In loving reverence and obedience to God, we shall appropriate the message of the Scripture by cultivating unity with Muslims and building peace in Mindanao as expressed in the following ways: 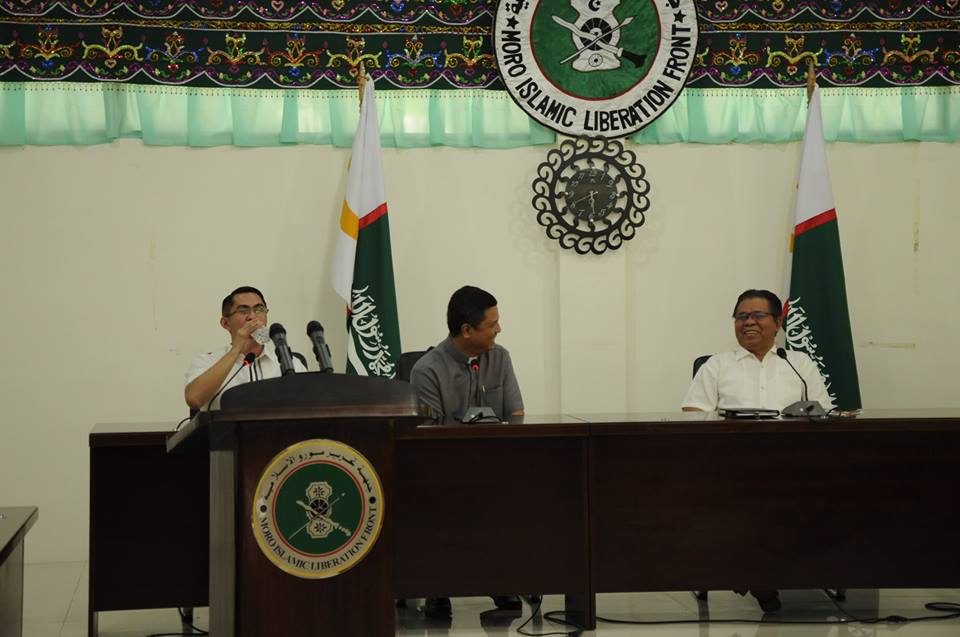 I don’t have time to enumerate the contents of our rich theology. We can wrap it in one word. Anabaptist.

We’re Anabaptists. We must not be militants against militant people.

Permanent link to this article: https://waves.ca/2016/06/11/im-an-anabaptist-i-must-not-be-militant-against-militant-people/