MOST OF OUR PRESENT ENERGIES ARE FOCUSED ON PAR LEADERSHIP BUILDING 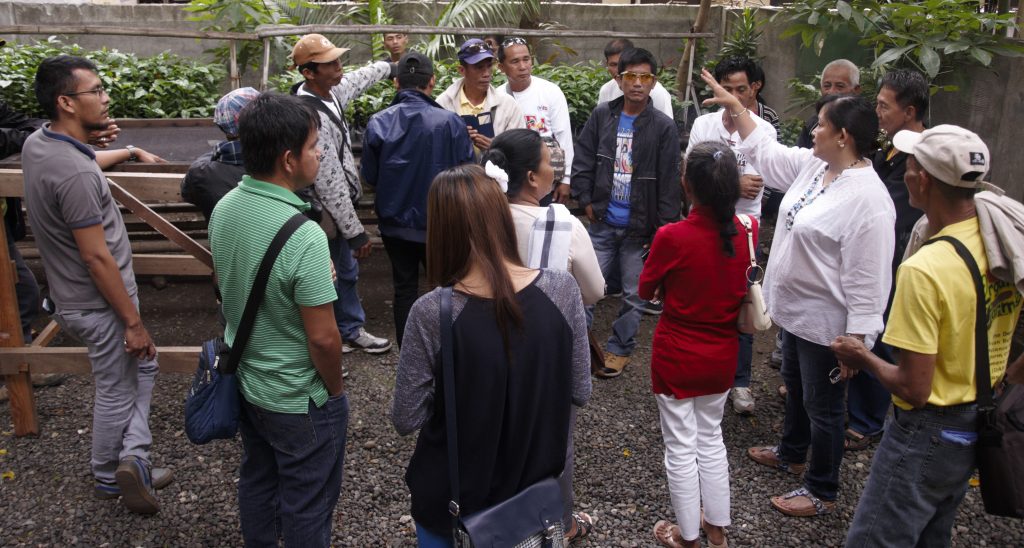 It is such a privilege to serve God and the people, specifically those who are at the bottom of the economic pyramid, in the area of peacebuilding, through social entrpreneurship.

Coffee and Conflict. Coffee is a good bridge-building factor among conflicted parties. At Coffee for Peace (CFP), we understand conflict as “an expressed struggle between at least two interdependent parties who perceive incompatible goals, scarce resources, and interference from the other party in achieving their goals.”[1]  CFP seeks to be sensitive as we discern and analyze the various dimensions of conflict—e.g., personal, relational, structural, and cultural.  When dealing with the personal dimension of conflict, we often ask: “What are the changes happening in an individual—emotionally, spiritually, mentally—when he or she is involved in conflict?” When dealing with the relational dimension of conflict, we usually ask: “What are the changes happening in people’s relationships when they are involved in conflict?” Our inquiry becomes more complicated when we deal with the structural dimension of conflict: “What are the political and economic realities that cause the conflict?  Are the basic needs of the people involved in conflict being met?  Who has access to resources and institutions of decision-making?  Who are the ones with no access to resources and institutions of decision-making?” Our discernment process goes deeper when we look into the cultural dimension of conflict: “How do conflicts change the cultural patterns of the communities?  How do their culture affect the development and handling of conflict?”

Coffee for Peace, as a social business, is focused on building peace and reconciliation (PAR) communities. The peace in Coffee for Peace refers to harmonious relationships—with the Creator, with one’s being, with others, and with creation. It is through this perspective of reality and mission in life that this business was started.

Coffee for Peace was established on April 15, 2008 in Davao City. The idea began when we facilitated an informal conflict mediation in Maguindanao province between a Migrant farmer and a Bangsamoro neighbor. The two were trying to kill each other for the ownership of the rice field ready for harvest, regardless of who planted the rice or who owned the land.  Instead of shooting each other, we invited the conflicting parties for a dialogue over coffee.  Since then, the two parties avoided killing each other. They started inviting other members of the community to have coffee together — for peace.

The GPH-MILF Peace Process.  Our understanding of the Mindanao conflict was brought about by the following main reasons. First, when we arrived in Mindanao in 2006, we learned that the majority Christian population of the Philippines has a strong anti-Muslim bias. The 2005 Philippine Human Development Report says that in Metro Manila 57% residents will opt for residency in a place with higher rent so long as it is far from a Muslim community. Second, the minoritization of the Moros came as a result of the failure of the government to protect the Moro ancestral lands. Once the majority in Mindanao, the Moros now comprise only 22% of the population. And third, the government failed to deliver basic services and the needed development to Moro communities. The 2005 Human Development Report shows that Muslim areas like Lanao del Sur, Maguindanao, Sulu, Tawi-Tawi and Basilan continue to suffer the highest poverty incidence. 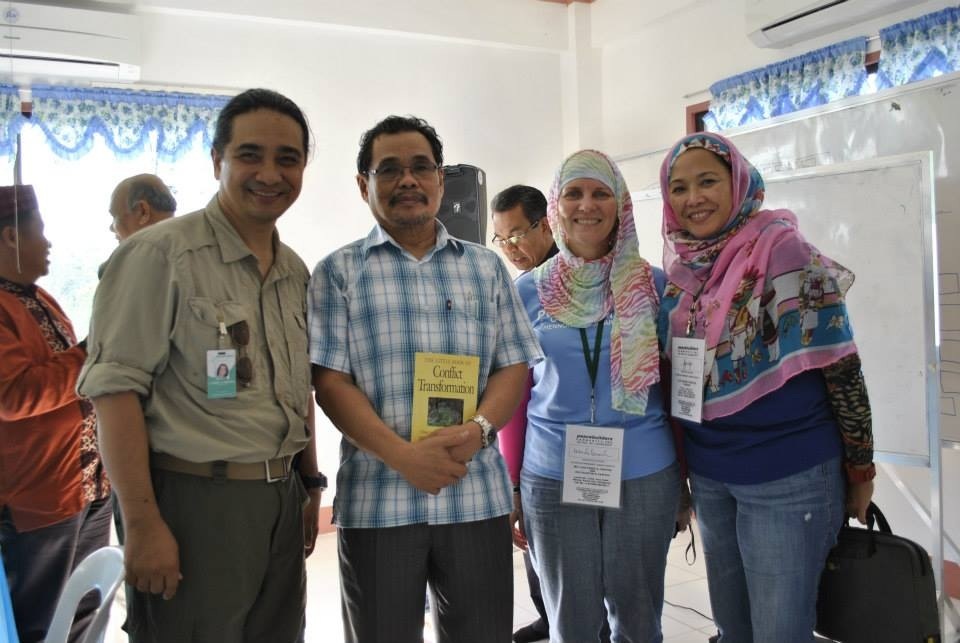 The GPH-NDFP Peace Process. CFP’s understanding of the armed conflict conflict between the government and the communists started from the ground. The stories we hear on the ground are always two-sided. On one hand, we hear soldiers and government-trained paramilitary units complaining that the New People’s Army (NPA) are present in their areas of responsibility. On the other hand, we also hear local community folks complaining that elements of the Armed Forces of the Philippines (AFP) and their paramilitary groups are present in their areas of residence and livelihood. Depending on who is the dominant influence in a certain geographical context, we hear about the common folks’ fear of the “other side.” The other side may be the AFP when such place is part of an NPA mass base. The other side maybe the NPA in areas where the government has more stable presence and control.

It is through these set of lenses that we read the mutual blaming we often hear from each side. It is through this set of lenses that we, at CFP, have decided to be on the side of the civilians and that, in this conflict, we will be focusing on the protection of the civilians and we will seek to help make their voices be heard locally and globally.

As of the writing of this article, CFP is joining its network of peacebuilding advocates in their call on both the Government of the Republic of the Philippines (GRP) and the National Democratic Front (NDF) to be consistent in seeking for peace at the negotiating table. For the sake of immediate security of the civilians and trust-building among all stakeholders, CFP calls on both the government and the NDF to maintain and sustain their ceasefire-mode. For the sake of the protection and security of consultants of both parties, and for the sake of giving them freedom to continually discuss and promote the peace negotiations across the country, we call on both the GRP and the NDF Peace Panels to reinstate the Joint Agreement on Safety and Immunity Guarantees (JASIG). For the sake of the long-term protection and comprehensive security of the civilians on the ground, we call on both the GRP and the NDFP Peace Panels to continue their work on strengthening the mechanisms in the implementation of the Comprehensive Agreement on Respect for Human Rights and International Humanitarian Law (CARHRIHL). For the sake of genuine, holistic, and lasting justice-based peace of our people in our land, CFP calls on both parties to continue working on the unification of the drafts of Comprehensive Agreement on Social and Economic Reforms (CASER) and Comprehensive Agreement on Political and Constitutional Reforms (CAPCR). 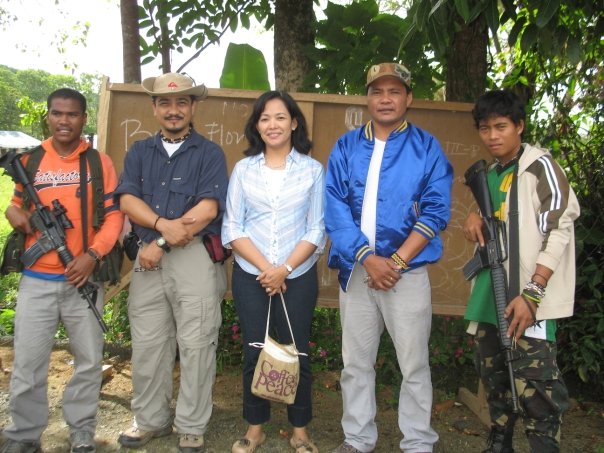 Partnership with PeaceBuilders Community.  CFP understands peacebuilding as a strategy that “encompasses, generates, and sustains the full array of processes, approaches, and stages needed to transform conflict toward more sustainable, peaceful relationships.”[4]  With this perspective, PeaceBuilders Community, Inc. (PBCI) has been involved in a wide range of activities and functions that both precede and follow formal peace accords.  Such activities include conflict transformation, military intervention and conversion, governance and policymaking, restorative and transitional justice, environmental protection, human rights, civilian and military peacekeeping, peace education, activism and advocacy, trauma healing, and social-economic development. The central component of PBCI’s work is reconciliation.  The conflicting parties must be willing to go on a journey from resolution of issues to rebuilding of relationships.

PBCI soon found out that peace and reconciliation would not become a reality without a sustainable, regenerative socio-economic component. From this realization, PBCI leaders initiated the establishment of Coffee for Peace—a social entrepreneurial corporation dedicated to building peace and reconciliation communities in strategic areas in the country.

Coffee for Peace looks after quality control, marketing, and other social entrepreneurial development needs and concerns of the coffee farmers. CFP also seeks to contribute towards the nationalization of our coffee industry and to help in the peace and reconciliation of our people with the Creator, with our being, with others, and with the creation.

The impact of this partnership was validated when CFP received an N-Peace Award from the United Nations Development Program – Impact Investment Exchange Asia (UNDP-IIXAsia) last 23 October 2015. Joji Pantoja, CEO of Coffee for Peace, received the award in behalf of the women who comprise the 80 percent of the farming farmers of CFP. The N-Peace Awards Ceremony was held at One UN Hotel, New York, NY. 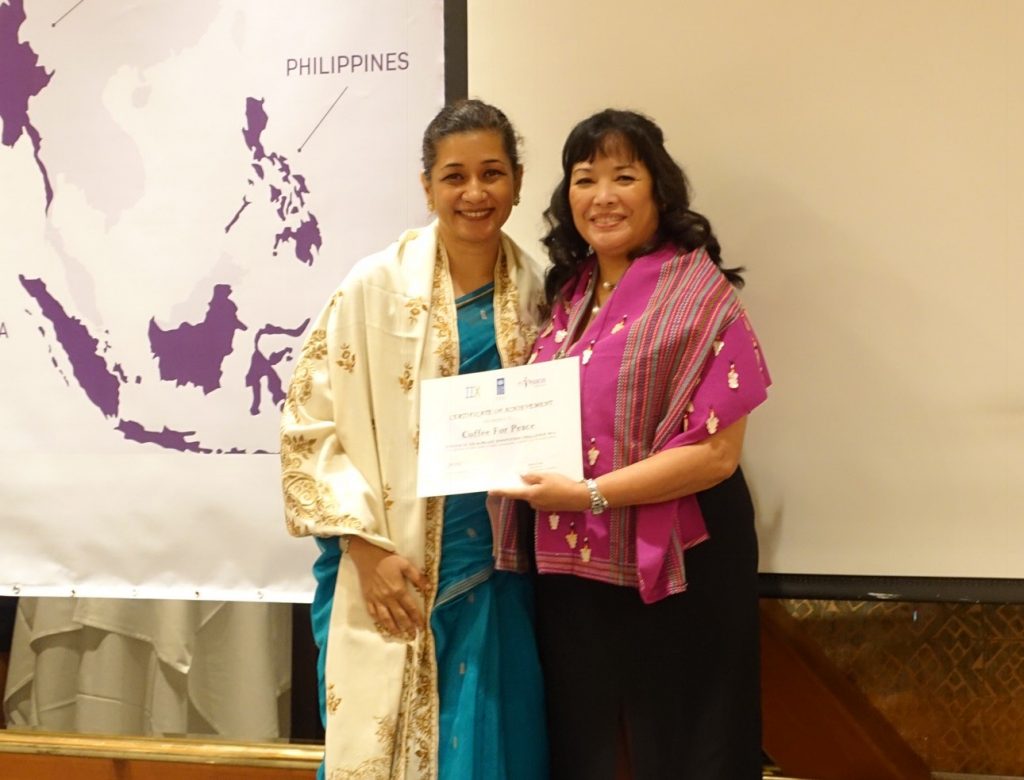 “The N-Peace Awards,” according to a UNDP brochure, “identifies and celebrates the power of women as agents of change, focusing on making visible the untold stories of women leaders and their male allies.” CFP specifically won the IIX N-Peace Innovation Challenge. “The challenge,” according to the organizers, “is an enterprise competition that aims to accelerate the peacebuilding agenda by supporting Impact Enterprises working to empower women, engage youth, and catalyze innovation and technology. The challenge is an opportunity for Impact Enterprises that have a positive influence in Myanmar, Indonesia, the Philippines, Afghanistan, Pakistan, or Nepal to show their social impact.”

N-Peace means “eNgage for peace, equality, access, and empowerment.” N-Peace is “a multi-country initiative of UNDP to advance women’s leadership for conflict prevention, resolution and peacebuilding, and for promoting inclusive peace processes.”

Coffee for Peace got the award primarily because it uses a unique, triple-bottom line formula to brew peace for over 800 families in the high-conflict zone of Mindanao and other critical areas in the Philippines. It’s long-term vision also contributed to UNDP-IIXAsia evaluation.

CFP’s strategic peacebuilding impact was again affirmed last 30 March 2017 when Joji Pantoja received an award from the President of the Philippines as one of the Inspiring Filipina Entrepreneurs 2017. The awarding ceremony happened at the Malacañang Palace. There were 26 women throughout the Philippines who received similar awards for their “capacity to be catalysts for change and progress.” Joji was one of the two in the ‘social business’ category. 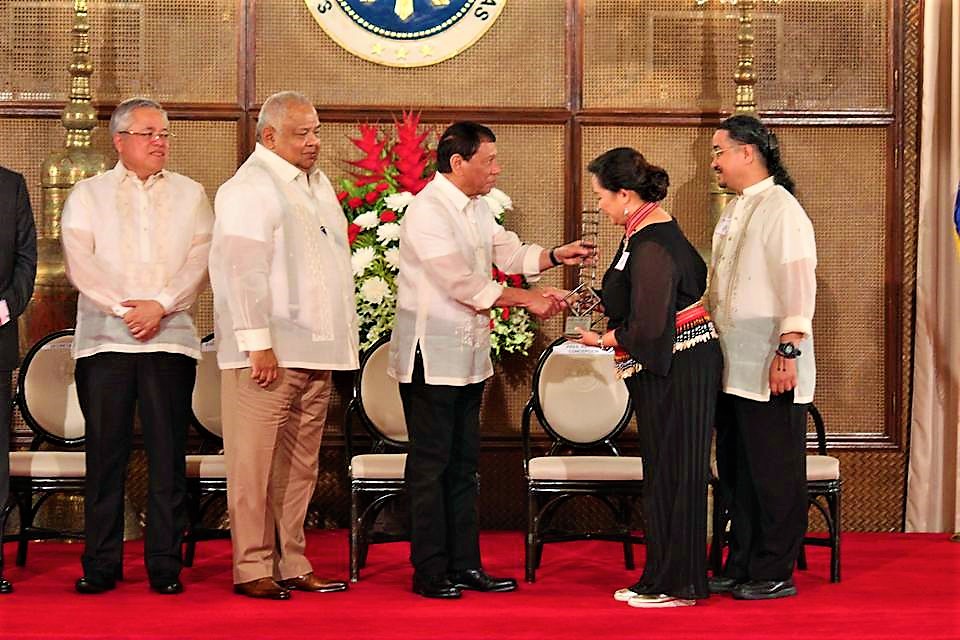 [2] L. Daniel Pantoja, Being a Gospel Witness in the Face of Unjust Global Realities: A Theological-Ethical Framework for Peace and Reconciliation Ministry of PeaceBuilders Community, Inc., pp.07-12. Unpublished material.

[3] See for example a report on a dialogue we conducted between leaders of the Philippine Council of Evangelical Churches and the Moro Islamic Liberation Front during the 2008 armed conflict resulting from the Supreme Court’s decision to junk the Memorandum of Agreement on Ancestral Domain (MOA-AD).

Permanent link to this article: https://waves.ca/2017/03/30/the-journey-of-cfp-in-the-work-of-peace-and-reconciliation-through-social-business/