PAR MOVEMENT SPREADS THROUGH WESTERN VISAYAS REGION OF THE PHILIPPINES 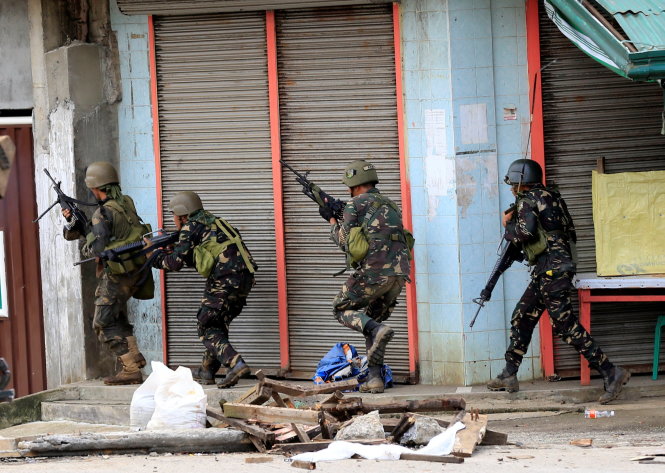 Government troops are seen during their tactical operation against the Maute Group-ISIS who have taken over large parts of the Marawi City. 25 May 2017. Photo by Romeo Ranoco

The 2017 Marawi Crisis. The initial skirmishes started in the afternoon of 23 May 2017 between Philippine government security forces and the Maute Group, who were joined by the Abu Sayyaf groups, and claimed themselves to be part of the Islamic State of Iraq and Syria (ISIS).

The clashes began when elements of the Armed Forces of the Philippines (AFP) and the Philippine National Police (PNP) launched an operation in Marawi City to serve a warrant of arrest against Isnilon Hapilon. Hapilon is a leader of the Abu Sayyaf who was in Marawi to join forces with the Maute group. The Maute group had pledged allegiance to ISIS and are believed to be responsible for the 2016 Davao City bombing according to AFP and PNP reports.

They also occupied the main street and set fire Saint Mary’s Church and Dansalan College, run by the United Church of Christ in the Philippines. The group also attacked the Marawi Cathedral of the Roman Catholic Church, taking The Rev. Fr. Teresito ‘Chito’ Soganub, its Vicar-General, along with several church-goers as hostage.

The downtown area of Marawi City burns as the Philippine Air Force sustains its air strikes against the Maute Group-ISIS.

At around 11:20 PM, President Rodrigo Duterte declared Martial Law all over Mindanao from Moscow, where the Russian government was hosting him with several of his government officials. Maute group militants attacked AFP’s Camp Ranao and occupied several buildings in the city, including Marawi City Hall, Mindanao State University, a hospital and the city jail.

On 26 May 2017, the AFP stated that some of the terrorists are foreigners who have been in the country for quite some time, offering support to the Maute group in Marawi.

Almost one month after the Marawi armed conflict started, the UN Office for the Coordination of Humanitarian Affairs reported that over 314,800 people are displaced. 94 per cent are staying with host families, while 17,700 (6%) people are staying in 83 evacuation centres.

Most government agencies and civil society groups responded promptly to the needs of internally displaced persons (IDPs) with relief goods and emergency services. 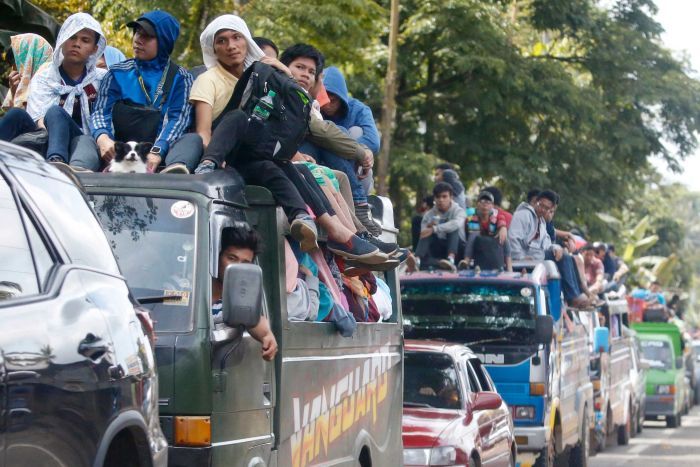 Residents of Marawi are moving out of the armed conflict area towards the adjacent City of Iligan.

It’s easy to be merely reactive in this kind of an all-out war scenario. But we want to be proactive. So, we have to look deep within ourselves and make sure that our actions are centered on who we are, which will determine what we will do and what we need to have.

:: First, we will stick with our sense of identity and will be governed by the heart of our mission. PeaceBuilders Community, Inc. (PBCI) is a fellowship of Peace and Reconciliation (PAR) missionary-consultants — peace building operatives, conflict transformation specialists, restorative justice practitioners, disaster response specialists, and community development workers — who are dreaming and working together for a just, radical, and active non-violent transformation of our beautiful land. We normally work in partnership with religious institutions, civil society organizations, political fronts, business corporations, and government agencies.

All our activities in Marawi will be framed in peace-and-reconciliation principles and practices.

:: Second, we will listen to all parties and yet remain on the side of the civilians, both Muslims and Christians, in our actions (programs) and words (official statements). 19-21 June 2017. I joined the 50 leaders and representatives from various civil society organizations who belong to the Mindanao PeaceWeavers. We met in Cagayan de Oro City to compare notes on their perspectives and activities in response to the Marawi Crisis. Our group proceeded to Iligan then to Marawi for a Peace and Solidarity Mission.

1. Lakan Sumulong exchanges perspectives with Lt. Col. J. Herrera, the spokesperson of the Armed Forces of the Philippines (AFP) for the Marawi Crisis. 2. A Muslim representative from the victims of this war, accompanied by Christian civil society colleagues, shares her views and feelings to AFP officers. 3. Lt. Col. Mamon (a field commander of AFP), Jehan Usop (a Muslim civil society leader), and Lakan Sumulong (a Christian peace worker) pose for a souvernir photo symbolizing inter-faith, action-oriented peace dialogue.

The whole 3-day event ended in a day of listening session to each other as an All-Out Peace Movement.Together, we were able to develop initial strategic course of actions on how we would respond to Marawi as a network of civil society organizations.

For PBCI, the most practical next step in the implementation of CAB is for the Philippine Congress to pass the newly-drafted Bangsamoro Basic Law.

:: Fourth, we will start our Marawi PAR initiatives through psycho-social debriefing and peace education of children traumatized by this continued violence. The Maute brothers were young men who embraced the violent, radical expression of religiosity propagated by ISIS. They were able to recruit hundreds of young people with their ISIS outlook and were able to challenge the AFP and the PNP over the control of the Islamic City of Marawi.

We, at PBCI, are encouraged to help in this psycho-social debriefing as our response to a Shariah ruling or fatwa promulgated by the Bangsamoro Mufti, Sheik Abehuraira Abdulrahman Udasan against the entry and spread of violent radicalism or extremism in any Bangsamoro community.

Please continue praying with us as we discern the Spirit in our on-going response to this human-induced disaster.  Pray for sensitivity and humility among us, leading these operations, and among our field workers, so that we might not do harm as we seek to do good.

Our continuing prayers, and the long-term action path we are taking, are: