MENNONITES LEARNS ABOUT COMMUNITY IMPACT OF PAR IN NUEVA ECIJA 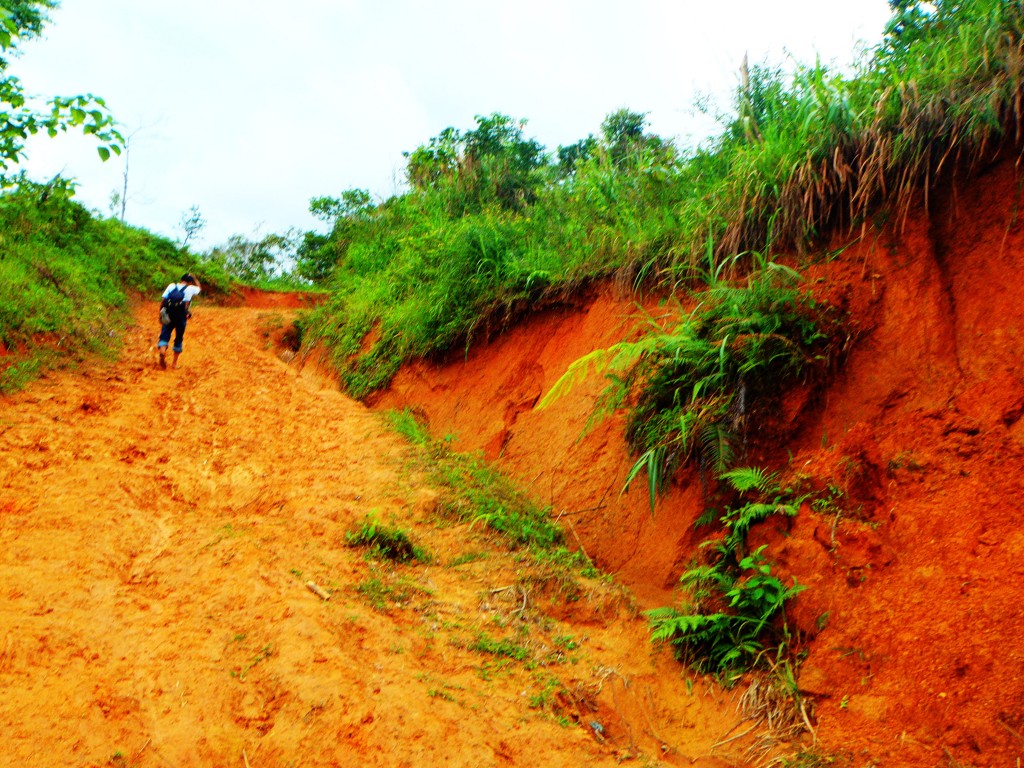 On the third week of January 2011, PBCI team had an extraordinary experience in the Province of Kalinga. From Tabuk City, we had a three-hour roller coaster ride on a jeepney loaded with pigs, chickens, and rice. After the ride, we hiked a distance of 6 km uphill from 230 m/asl up to 680 m/asl.The hike took us 3.5 hours, due to the muddy and slippery trek. We were all tired when we got to Brgy. Asibanglan, Pinukpuk, Kalilnga but the warm welcome of the people in Asibanglan was a good prize for us. We were served with a delicious rice cake and brewed coffee, prepared in their traditional way.

We were hosted by the Agustin family, who had a traumatic experience years ago, when their father was killed. Their family’s story is one worth writing about in another article.

There, Christy Agustin Sacayle, our host in Tabuk who also hiked with us, and the eldest son of Pedro Agustin (who was killed years ago), showed us the rooms where we would rest for two nights. She managed our trip so well, that everything we needed, especially the food for the whole barangay, are complete. We also met Doleng (Christy’s mother), Dominga (Christy’s aunt), and Doleng’s mother. They were all so friendly and accommodating to us. Together with us are Hart and Ginny Wiens, who lived there for 6 years doing Bible translation in Kalinga language, Dave and Debbie Wiens (Hart’s brother and sister-in-law), and Kyoko Torakawa, a Japanese missionary who also lived there for four years. It was sort of a reunion for those who lived there before, but a totally new experience for us who were there for the first time.

The highlight of our stay there was the dedication of the Asibanglan Reading Center, which was dedicated in memory of three courageous people who started doing the Bible translation in their language. Before their works, there was never a written word in their language. Thanks to Pedro Agustin, Dorothea Bantor, and Benito Aggueban for starting a difference in their community. 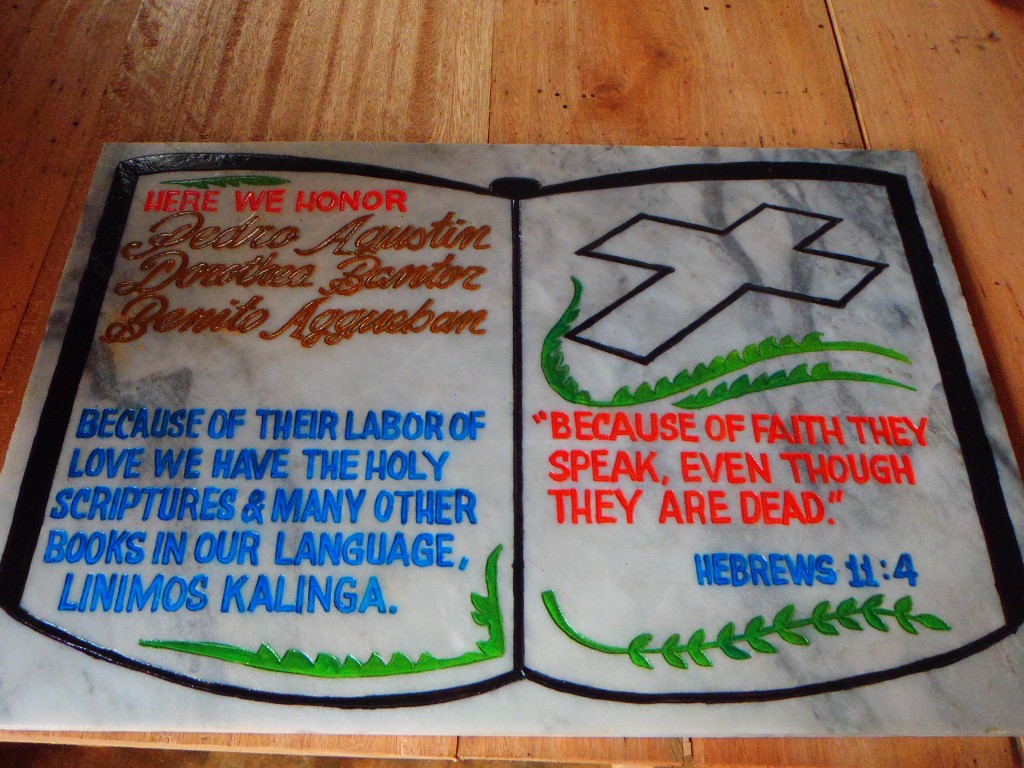 This plaque was made to be posted in the library, to honor the three people who made a difference in their community

The dedication was blessed with a mass led by Father Francis Gella. After the mass and communion, the second part of the program was enriched with a message of peace delivered by Rev. Daniel Pantoja, whose message inspired the teachers and community leaders. They were all challenged about the four harmonies and how to apply it in dealing with their students. After the message, was the speeches of the three daughters of the people to whom the library was dedicated. A feast followed after this. The whole community enjoyed the two pigs that were killed the night before. Those are the two pigs that were with us from Tabuk, and that the locals carried up to Asibanglan.

In the afternoon, was the most exciting part, wherein we experienced their culturally preserved community dancing, and they even invited us (guests) to dance with them. It was an awesome, fun-filled afternoon. We are very much pleased with their native music and dance, decorated with smiles on their faces and enhanced with the laughter of the children as they enjoy watching the performers. 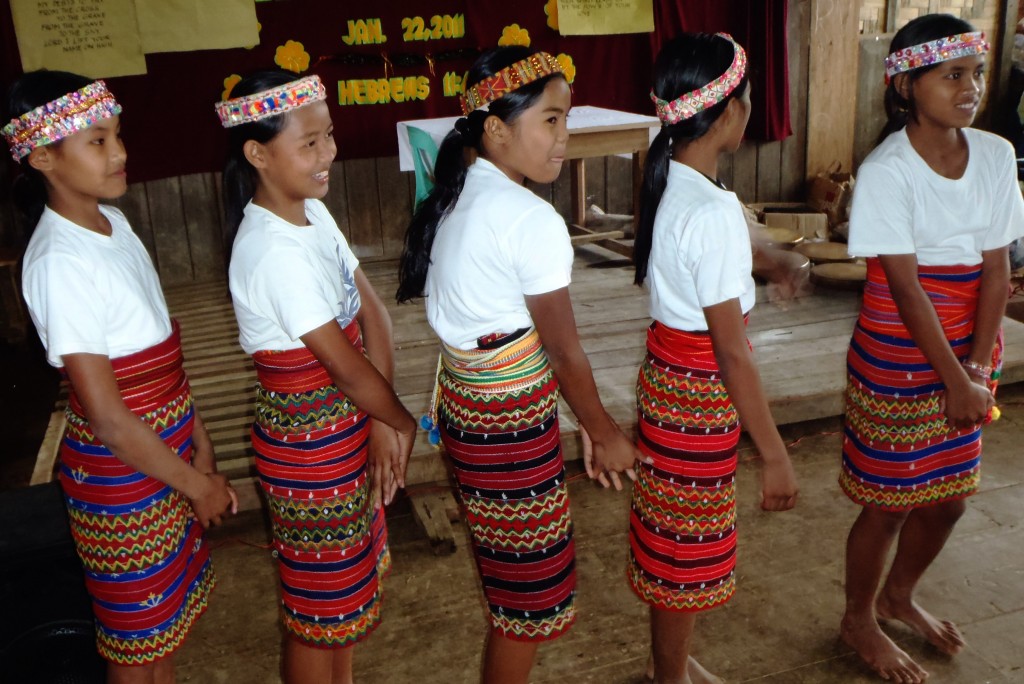 We really had a complete Kalinga culture experience. Their hospitality, music, dance, and tribal attire– they showed it all to us and reminded us that the Philippines is indeed a rich country. There are still lots to discover, only if we are willing to take difficult challenges such as hiking in deep mud for three and a half hours.

Permanent link to this article: https://waves.ca/2011/01/30/pbci-immerses-in-kalingas-stories-and-culture/