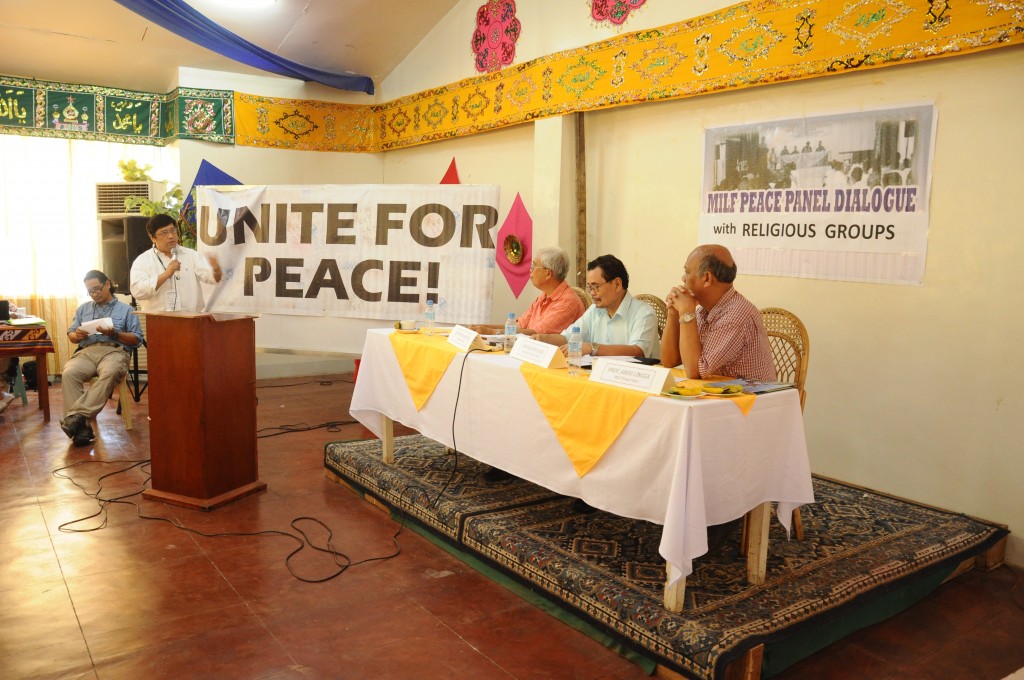 We expressed our enthusiasm regarding the August 4, 2011 meeting of President Benigno Aquino III and Chairman Al Haj Murad Ebrahim in Japan as a positive move towards peace and reconciliation.

We were praying as the 22nd Exploratory Talks in the Malaysian capital of Kuala Lumpur started last August 22nd.  We appreciate both peace panels for their hard work.

On one hand, the MILF is emphasizing a prompt action on the part of the GPH to arrive at thefinish line of this journey—which is mostly a journey of suffering on the part of the Bangsamoros because of historical injustice. On the other hand, the GPH is emphasizing awell-processed action towards the same finish line, when the final agreement will be embraced by all segments and sectors of the whole Philippine society, and therefore be effectively and efficiently sustained permanently. The finish line, we believe, is a comprehensive agreement where the Bangsamoros, the Indigenous People, and the Migrants can claim themselves to be enjoying their respective rights to self-determination in this beautiful land of Mindanao.

Permanent link to this article: https://waves.ca/2011/08/25/pbci-remains-positive-about-gph-milf-peace-negotiations/