WE’RE DONE WITH OUR FIRST WAVE OF RELIEF, MEDICAL, AND TRAUMA INTERVENTION

On December 16, 2011 at around 6:00 in the afternoon, Typhoon Washi was felt in Cagayan de Oro, Iligan City, and some parts of Bukidnon. At 2:00 AM the following day, the water levels in all rivers connecting Bukidnon, Cagayan and Iligan have risen up to unusually high level. A flashflood came and swept almost the whole city of Cagayan de Oro and a few barangays in Iligan City. There were at least 33 affected barangays and 36,000 families affected. As of December 20, 2011, the death toll has already reached to 1002 people; still, around 800 are missing.

“Today we will dig a mass grave and bury the unclaimed bodies as well as those in an advanced state of decomposition,” Lawrence Cruz, mayor of Iligan, said on Monday.

About 47,000 evacuees are currently huddled in evacuation centres in Washi’s wake, mostly on the northern coast of Mindanao, a vast poverty-stricken island where Islamic separatists have battled against authorities for decades.

Rescue and relief efforts were being spearheaded by government troops normally assigned to fight rebels elsewhere on the island.

The hospitals and evacuation sites are not enough to accommodate all wounded and displaced people. Food is very scarce, worst, there’s no potable water in both cities, which aggravates the situation. Many women and children are getting sick due to stress, lack of nutrition and proper shelter. Now, the most convenient accommodation for the typhoon survivors are the gymnasiums and schools with cardboards or flattened boxes that serve as their mats. Many of the survivors are still looking for their missing loved ones and or still grieving over the death of their spouses, children and parents.

As far as the distribution of aid is concerned, most relief goods and services are given to evacuation areas near the national highway or to the evacuees being sheltered in public schools. Many barangays, like Upper Hinaplanon with approximately 1,500 families are not yet served. If they do, the food distribution is not enough for everyone in the community.

PeaceBuilders Community’s goal is to —

We’ll do these through —

You can send your donation online through Mennonite Central Committee:
https://donate.mcc.org/project/philippine-floods

Thank you very much! 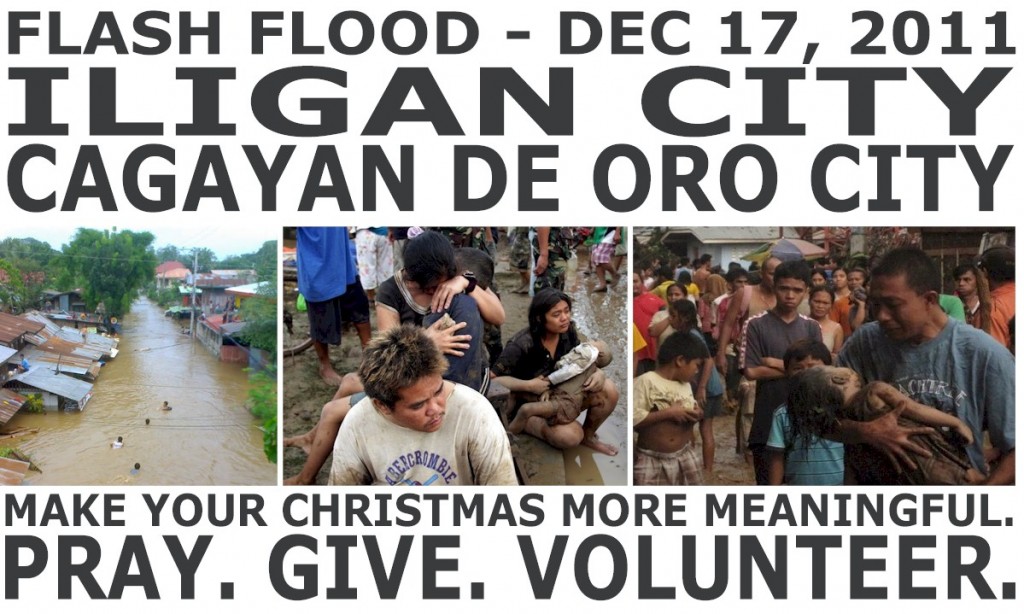 Permanent link to this article: https://waves.ca/2011/12/20/please-help-typhoon-washi-victims-in-mindanao/