“THE MARKETPLACE” MAGAZINE OF MEDA FEATURED JOJI AND COFFEE FOR PEACE 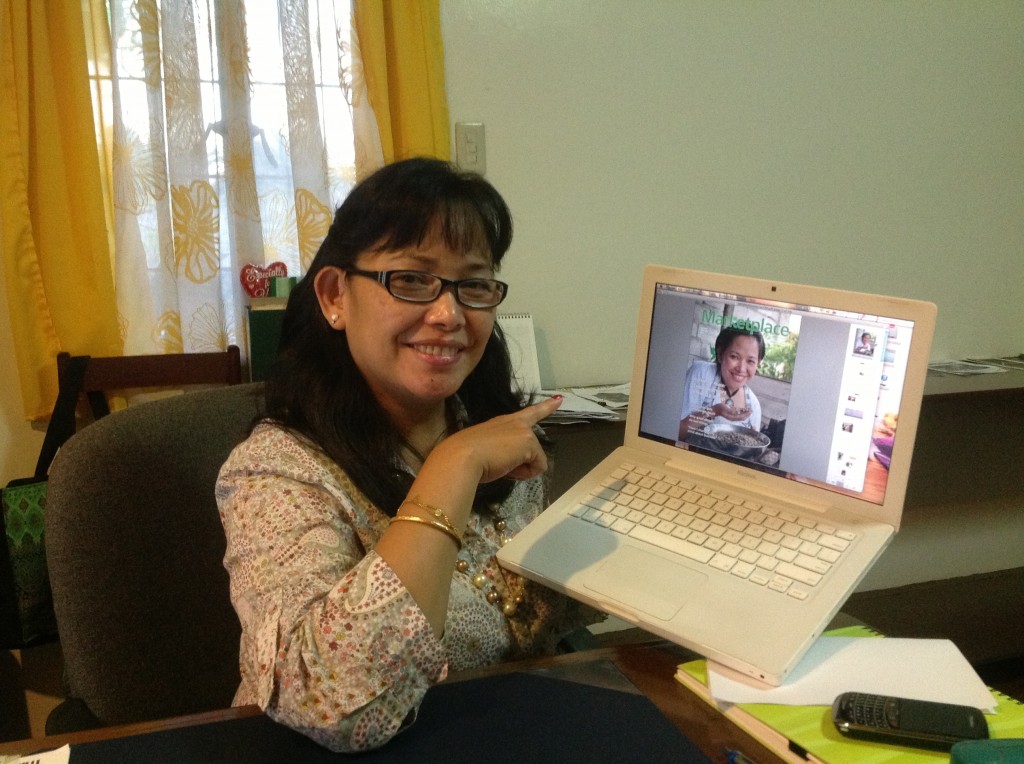 Joji is the “cover girl” of the January February 2013 issue of The Marketplace magazine, the official publication of the Mennonite Economic Development Associates (MEDA).

It was Gordon Janzen, our facilitator at the Mennonite Church Canada Witness, who introduced us to Wally Kroeker of MEDA.  Wally interviewed us and we freely shared our stories as he was asking questions.  Joji and I were surprised to see this published as a major story in The Marketplace.

We especially liked how Wally captured the story on how Coffee For Peace was conceptualized:

One day they were engaged in intense dialogue with warring sides in the conflict zone.

We told one leader to leave his weapons outside and join us for coffee,” says Dann. “We just listened to him talk. Then we had coffee with the guy he was fighting against, and we listened to him. Then we asked if they would be willing to have coffee with each other — and they did!”

Someone blurted out, “Let’s have coffee for peace.”

The phrase stuck, and an idea began to percolate in Joji’s mind.

She was no stranger to how the hospitality trade could enhance social outcomes. Years earlier, after graduating from a course in hotel and restaurant management, she had opened a cafeteria for street women and children.

Now she pondered adapting a simple social ritual to a higher purpose that could complement their peacebuilding efforts. She knew coffee was the world’s second most traded liquid commodity, after oil. Couldn’t the peace dividend be magnified by empowering coffee farmers?

“It was Joji’s idea to make it a brand name and open a shop,” says Dann.

We, at PeaceBuilders Community and Coffee For Peace pray that our small experiment in doing theology and mission in the context of our new global realities would inspire our colleagues in the ministry.  We particularly prayed for our sisters and brothers among the First Nations of North America when Gordon shared his heart’s desire:

It’s a really well written and inspirational story about your entrepreneurial vision and achievements.  The story makes me wish that we had a similar way to engage our aboriginal neighbours in Canada with a similar business for mission approach.  But that’s another region.

May the Gospel of Shalom be advanced among all Indigenous Peoples of the world through the Creativity of the Creator, the Peace of Christ, and the Energy of the Great Comforter.

Permanent link to this article: https://waves.ca/2013/02/21/the-marketplace-magazine-of-meda-featured-joji-and-coffee-for-peace/