“THE MARKETPLACE” MAGAZINE OF MEDA FEATURED JOJI AND COFFEE FOR PEACE

Joji, Dann, & Byron are called by the clan to have a picture with Bai Rohannie Baraguir and Datu Mona Ali Datumanong

We were invited to the wedding of Bai Rohannie Baraguir (Nannie) and Datu Mona Ali Datumanong (Micoy) as Principal Witnesses. Rohannie is like our niece. She is the grand-daughter of my Maguindanao Ama, the Hon. Datu Kharis Matalam Baraguir.

The day before the wedding, we witnessed the Kulintang presentation–a time when Maguindanao music filled the house of the bride while the whole clan who arrived from different places enjoy each others’ fellowship with an atmosphere of a grand reunion. Then, we were served a wonderful Maguindanao dinner with the family. Finally, we were invited by Rohannie, her grand-father (Datu Kharis) and father (Datu Solomon) to see her new bedroom. The elegant bedroom set, made from finest materials, was a gift from the groom (Datu Micoy). Only the closest family and friends are allowed to enter in this private chamber. 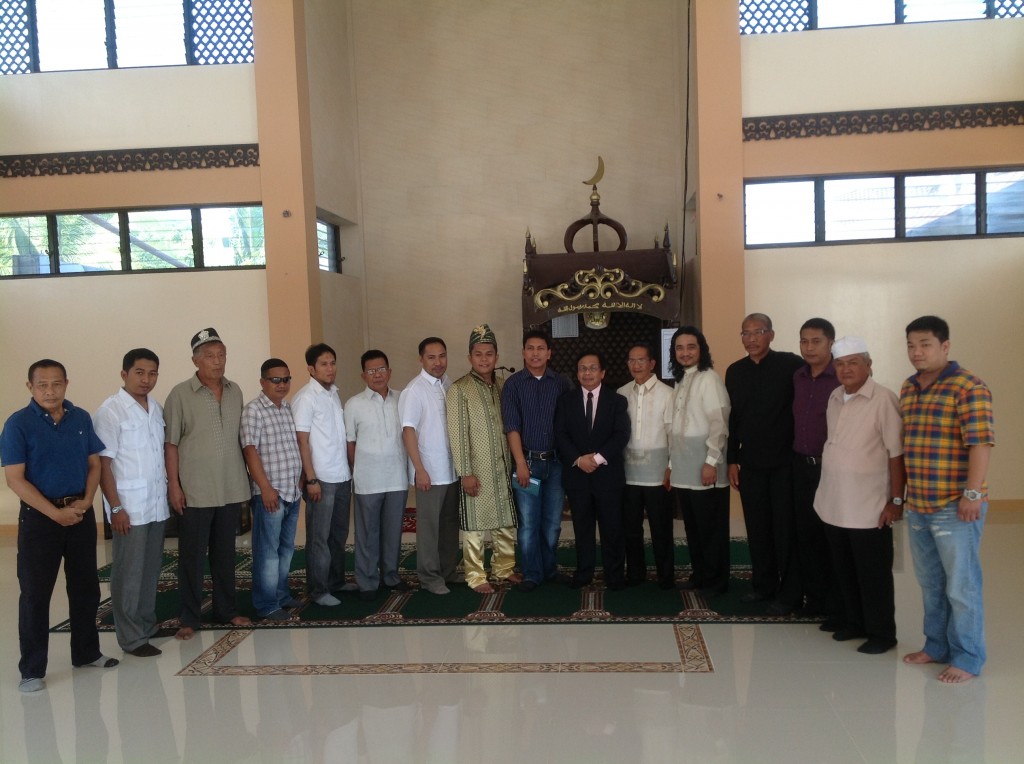 Dann is one of the Principal Witnesses in the covenant ceremony between the Baraguir and Datumanong clans.

On the morning of the wedding, the heads of both families did the first part of a series of ceremonies. It was a spiritual event inside a mosque where all the men from both clans make a covenant to become one big family. It’s also an expression of an inter-clan alliance.

We proceeded to the function hall where both men and women were starting to gather for the wedding banquet. It started with a welcome and greetings by the masters of ceremony in behalf of the bride and groom. Then an Islamic preacher gave an exhortation about the spirituality of marriage and family living in accordance with the will of Allah (SWT).

The grand entrance of the wedding party, especially when Datu Kharis Baraguir escorted Rohannie during the bridal march, marked this wedding as one in accordance with the traditional datu (chieftain) families of the Maguindanao tribe. In their own right, this was a royal wedding.

After the exchange of rings and the signing of the wedding contract under the Shariah Law and the laws of the land, the newly weds went around the wedding banquet hall to greet their friends and relatives. 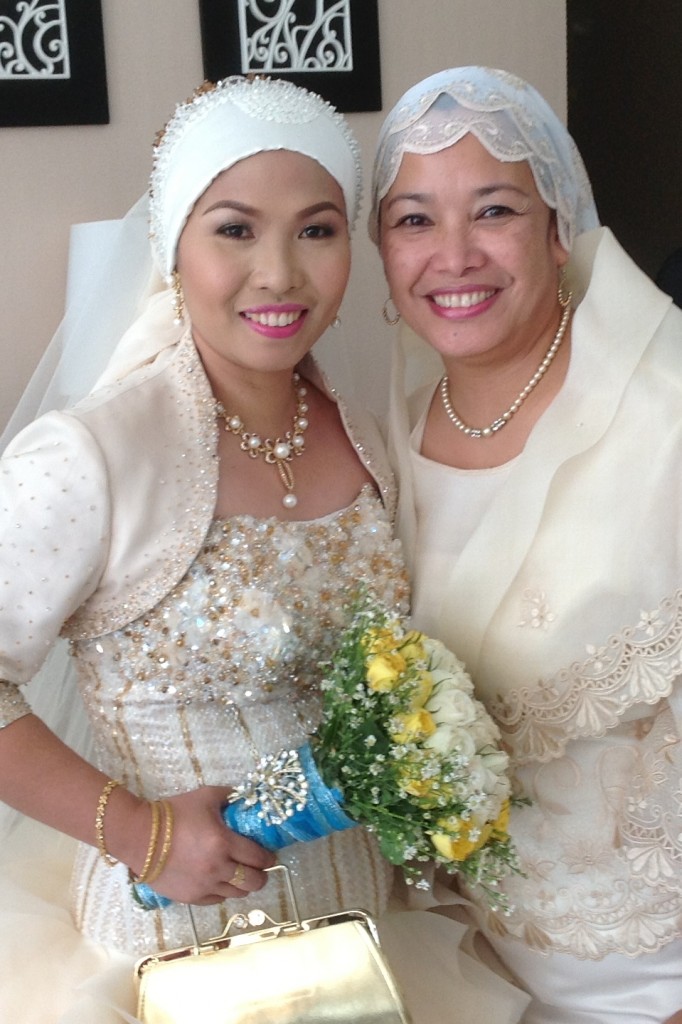 Rohannie and Joji took time to have this photo just before the banquet.

Lunch was then served.

In the early afternoon, both families went to the Baraguir family’s residence for another lunch. I was told that this is done in case some people from outside the city who were not able to come to the wedding banquet in the city can still catch up with the celebration.

Then finally, both families went to the Datumanong residence for snacks, more Kulintang music, and a welcome ceremony by Mikoy’s family where Rohannie was presented tokens of appreciation, blessings, and a formal declaration of being a part of the Datumanong family.

We are so blessed to be embraced, although we really do not deserve the favor, to be a part of this family who has earned the respect of the Maguindanao people and the Bangsamoro people as a whole.

We pray that Micoy and Nannie may receive all the blessings of Allah (SWT); may their marriage be showered with so much blessings of love, joy, peace, abundant life, and beautiful children.

Permanent link to this article: https://waves.ca/2013/03/02/were-principal-sponsors-in-a-bangsamoro-wedding/