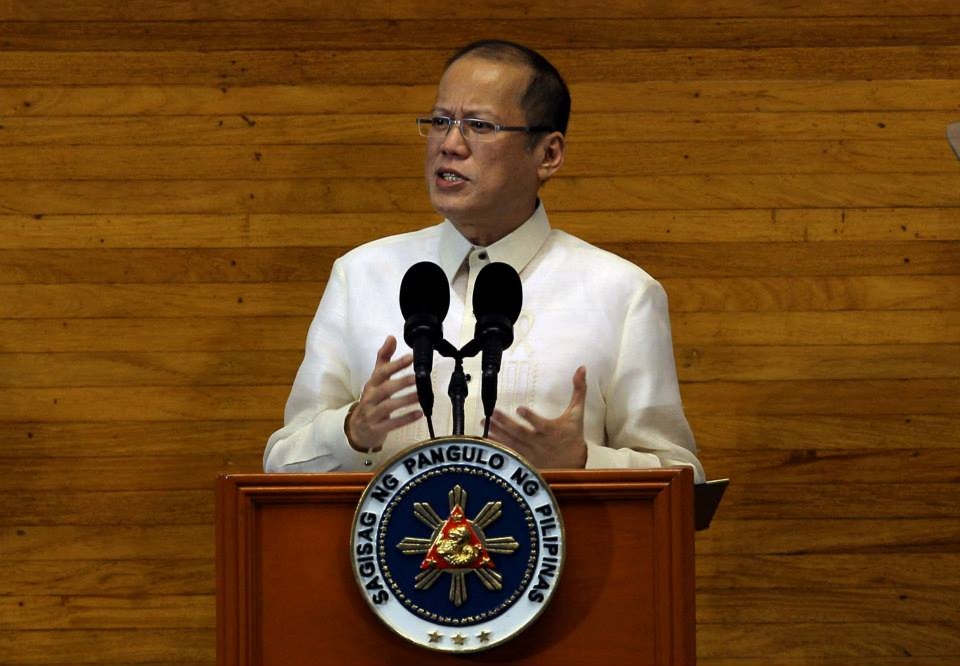 President Benigno Simeon Aquino III delivers his Fourth State of the Nation Address (SONA) during the Joint Session of the 16th Congress at the Batasang Pambansa (National Legislative Assembly) in Quezon City on Monday, July 22, 2013. The SONA delivered by the President is a yearly tradition wherein the Chief Executive reports on the status of the country, unveils the government’s agenda for the coming year, and may also propose to Congress certain legislative measures. (Photo by: Benhur Arcayan / Malacanang Photo Bureau).

I respect His Excellency President Benigno Simeon Aquino III and I pray for his success as he enters into the second half of his term as Chief Executive of the Republic of the Philippines.

…sets the normative standards of development. It fosters participation, ensures transparency, demands accountability, promotes efficiency, and upholds the rule of law in economic, political and administrative institutions and processes. It is a hallmark of political maturity but also a requisite for growth and poverty reduction, for there are irreducible minimum levels of governance needed for large-scale investment to occur and for social programs to be supported.

A cornerstone of good governance is adherence to the rule of law, that is, the impersonal and impartial application of stable and predictable laws, statutes, rules, and regulations, without regard for social status or political considerations.

Yesterday, he delivered his 4th State of the Nation Address (SONA). Here are my notes and reactions:

TRANSFORMATION. The President of the Philippines really believes in the institutional transformation of all government agencies under the law, recognizing and rewarding those who did well in accordance with his “Matuwid na Daan” (Straight Path) principles, and castigating government agencies (Bureau of Immigration, National Irrigation Administration, Bureau of Customs) who do not measure up to the “Matuwid na Daan”.

DEFENSE BUDGET. Instead of spending billions of pesos on a squadron of fighter jets with its support systems, he preferred spending those monies for the welfare of the military personnel and their families.

PEACE IN MINDANAO. He clarified that the current peace policies are not just short-term reaction to current events of social and armed conflicts; rather, the current policies address the root causes of the conflicts. This is a radical move from mere anti-insurgency towards genuine peacebuilding.

ECONOMIC GROWTH. The pie of wealth is actually growing, but the benefits of such growth are not felt by the people and are hoarded still by the oligarch families (including the president’s clan). Though he talked about “inclusive growth”, there is still a very wide gap between the rich and the poor. The rich are still getting filthy richer, and the poor are still getting terribly poorer.

I AM LUIS DANIEL ALBA PANTOJA, and I thank God because I am also a Filipino, and that I’m given a chance to make this decision to be with my people and to be in my beloved land as a personal, existential, and spiritual choice.

Permanent link to this article: https://waves.ca/2013/07/22/philippine-president-benigno-aquino-iii-emphasizes-transformation-in-his-sona/