UNDERSTANDING THE CURRENT PORK BARREL SCANDAL IN THE PHILIPPINES

AFTER THE AUGUST 26 LUNETA GATHERING, HOW DO WE PROCEED? 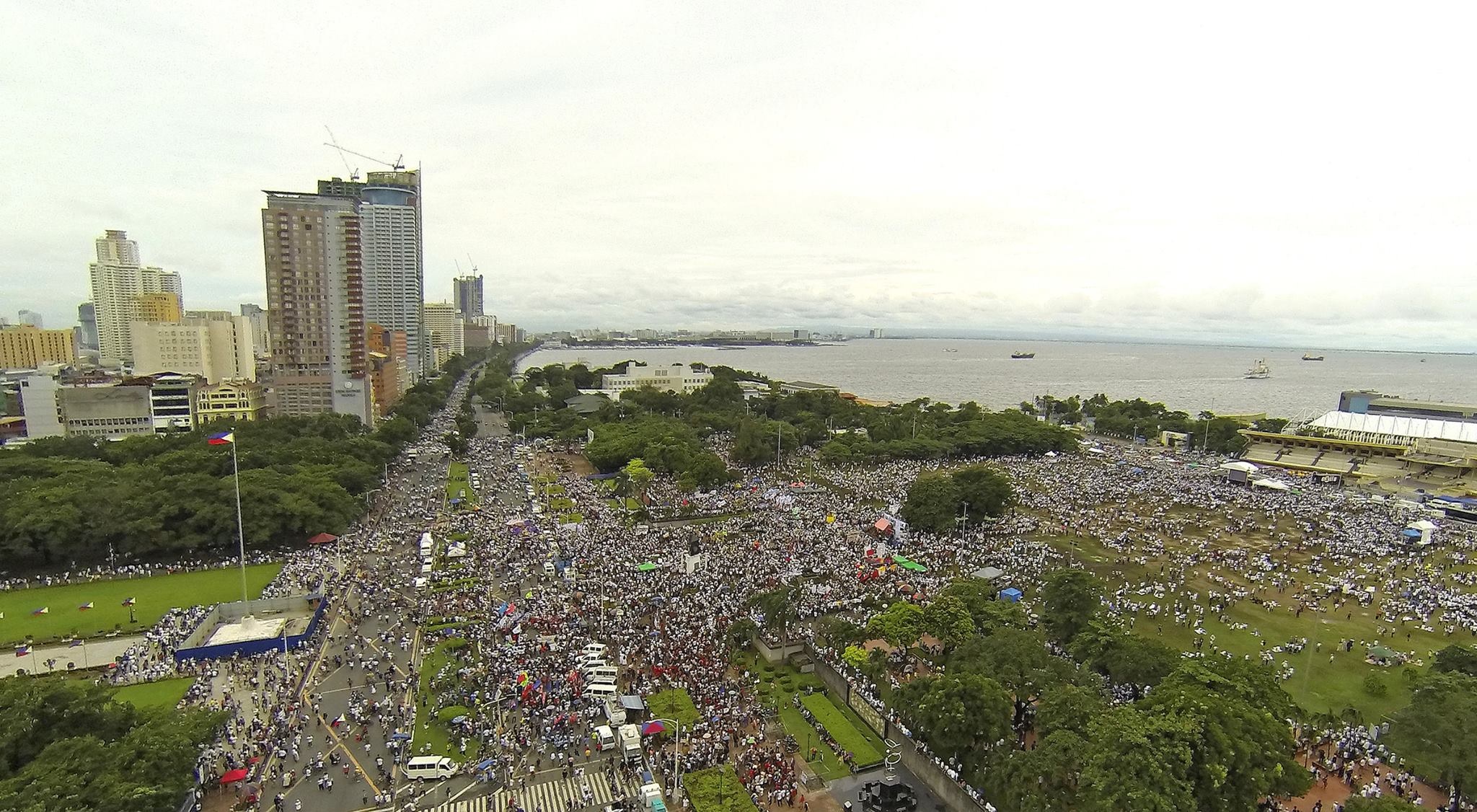 So we have experienced a very successful MillionPeopleMarch last 26 August 2013 in Luneta and other parts of the country, and even in many places around the world where Filipino communities are present.

It was a mega-event when people spontaneously gathered through social media networks to express our anger against the pork barrel scandal. It was a joyful, peaceful, artistic, varied expressions of anger — the Filipino way. After our rallies, we left our respective venues clean and tidy. The Philippine National Police did not report any violence or any threat to public order.

My team and I joined the Davao City March.

As I write this blog, I feel so proud being a Filipino. I also tell my fellow Canadians who sent me as a missionary in this beautiful land that, indeed, “It’s More Fun in the Philippines!” Here, a public rally to express anger against government corruption becomes a tourist attraction! Only in the Philippines.

Now, how do we proceed? Here are my personal perspectives:

I will pray for genuine, radical transformation. I pray that this is not only a one time event. I hope this is not just a sudden fire that will also suddenly disappear, like cogon grass fire. I hope this is not just mere reaction and immediate expression of anger without a long-term vision for a better future of our land and people. I’m also concerned that major funding agents of globalization would pour resources to mesmerize us with a series of never-ending rallies, conferences, summits, consultations and similar events masquerading as support to our cause but actually consume our time and energy toward the dissipation of what we really are asking for — change. As the popular saying goes, “We do not want coins. We want change!” At PeaceBuilders Community, Inc., we demand real change, as in radical transformation in all aspects of life — spiritual, psycho-social, socio-political, and economic-ecological.

Don’t get me wrong. I love going to rallies, conferences, summits and other events that would strengthen a movement. But what movement? Movement to where? What agenda? Whose agenda? I just want us to be discerning about globalization money, like the dole-outs of some international NGOs with benevolent-sounding slogans, but actually kill the legitimate agenda of the people.

:: Express our unity to stop the release of the remaining 2013 Priority Development Assistance Fund.

:: Communicate to Malacanang Palace our will as the President’s Boss to abolish all forms of pork barrel in the 2014 national budget, including the following:

:: Anticipate and express our unity to prevent the formulation of new pork barrel funds in the 2015 national budget despite the promise that the government won’t do it. They do not have the credibility right now! Let’s continue our vigilance.

This reality would prompt me to be more vigilant. Those involved in this scandalous scam must be exposed, must be investigated, and must be prosecuted until we bring the guilty ones to face the consequence of their actions.

I must also help in exposing the collusion happening between members of the Executive and the Legislative. Such collusion destroys the check-and-balance relationship between these two branches of the government.

I would suggest that a national movement must be organized to watch the traditional politicians and their political dynasties. Watch them as they prepare for 2016 general elections. Record and document their vote buying schemes and expose them.

“The Philippines is on the verge of passing a landmark Freedom of Information Law that could help end the culture of government secrecy and corruption. But without a surge of public support right now, we could lose this historic opportunity… If passed, this law would prevent the government from hiding crucial information from the public. By shining a light into dark corners, experience shows it would be a highly effective tool in exposing corruption and allowing us to campaign to prevent abuses of power. This law will also facilitate informed participation by the public in government decision-making, and more efficient access to government services.”

I’d continue to seek God-given energies that would sustain us in this movement. We cannot afford to lose this momentum. This could be the beginning of a new active, non-violent social revolution.

We seem to be good at starting “people’s power movements” well. But we’re not so good at finishing well.

Permanent link to this article: https://waves.ca/2013/08/28/after-the-august-26-luneta-gathering-how-do-we-proceed/