THE ZAMBOANGA CRISIS: A CASE OF ‘SHOCK DOCTRINE’ APPLICATION? 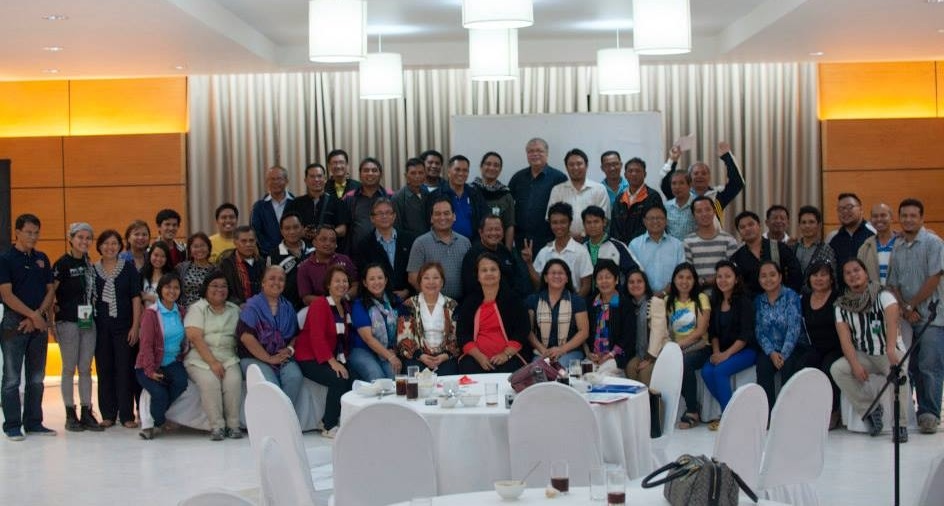 Graduates of the Zamboanga City Peace and Reconciliation Training pose for a group picture after a three day seminar and workshop. This training event was prompted after Zamboanga City suffered a 25-day armed clashes between the Armed Forces of the Philippines (AFP) and the Moro National Liberation Front (MNLF). Photo by Dawn Pates.

07-13 October 2013. Pastors, theological educators, civil society leaders, and mission executives finished the Peace and Reconciliation (PAR) training in Zamboanga City. They are part of the forty-five Christian leaders who requested PBCI PAR Seminar as part of their preparation and equipping for a united evangelical body who will seek to actively participate in the rehabilitation of their war-torn city. This training event was organized and sponsored by Open Doors Philippines.

Zamboanga City suffered a 25-day war between government forces and the Misuari faction of the Moro National Liberation Front (MNLF). More than 25,000 families or 135,000 people were affected by this human-induced disaster.

Faced with this enormous challenge, the evangelical leaders in Zamboanga realized that they need to join together as one body in order to effectively and efficiently assist in responding to the disaster in their city.

We learned from the local pastors themselves that there were three evangelical ministerial organizations in Zamboanga and they were somehow in-conflict with each other. Two of these pastoral organizations agreed to join hands for the purpose of disaster response. Immediately, the Zamboanga Evangelical Disaster Response Network was organized.

However, Joy Dimerin, the Mindanao leader of Open Doors Philippines, felt the burden to facilitate the conversation among the three pastoral groups beyond disaster response. Joy was a participant in a PAR seminar conducted by PBCI in Davao City in partnership with a Mindanao-wide ministry network. Right after her PAR training, Joy made an arrangement with PBCI to bring PAR to Zamboanga in 2014.

But because of the Zamboanga Crisis, we were prompted to implement the plan immediately. 75 pastors and Christian leaders pre-registered for this PAR seminar in Zamboanga. But because of the heavy rain and flooding that happened right after the 25-day war, only 45 leaders were able to participate.

Now, a new city-wide evangelical fellowship, made up of pastors, theological educators, mission directors, and civil society leaders are organizing themselves as one Christian body committed to peace theology. Open Doors Philippines will continue to facilitate the conversation among local leaders. Ebenezer Bible College and Seminary will help in the continuing propagation of peace theology as a framework to help in the transformation of Zamboanga. The Philippine Council of Evangelical Churches will oversee the process of solidarity. PeaceBuilders Community, Inc. will continue to be a support consulting group.

Permanent link to this article: https://waves.ca/2013/10/14/45-christian-leaders-in-zamboanga-finished-basic-par-training/