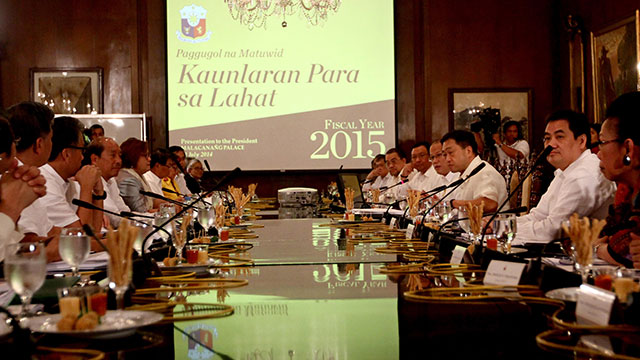 So the President is advancing his 2015 Inclusive Growth Budget.

Inclusive Growth is our current emphasis at Peacebuilders Community. Along with my team, I support the president’s vision for inclusive growth.

At the same time, there’s a couple of deeper discernment tasks we have to continue doing to make this growth genuinely inclusive.

We should continue our vigilance against DAP — or whatever this presidential pork barrel mechanism will be called later — because it is a systemic perpetuation of the present powerful minority who oppresses the majority of our people.

The spending powers of the Executive must be well-defined with clear accountability. Even though P’Noy is currently favored and liked as a person and as a leader by at least 52% of the Filipino people, I feel the Filipino people should support the voice of the Supreme Court in their decision against some features of DAP for it ensures the check-and-balance in our system.

The Executive already dominates the Legislative. We have to ensure that we do not perpetuate what Marcos started and what Arroyo abused–i.e., HyperPresidentialism. I’ll be vigilant with how the Legislative would support the reforms of the Executive through the spending laws they would pass. “Good faith” intentions and reformist activism by a reformist president, using a presidential pork barrel mechanism that have been used, misused, and abused in the past, will not bring genuine reform or transformation in our land. If we’ll allow another mechanism that smells like, sounds like, and looks like a presidential pork barrel, then the next presidents would have so much purse power to abuse the same mechanism that is inherently corrupt.

Since P’Noy still insists that he and his team are truly anti-corruption government leaders, then they ought to genuinely get rid of corrupt systems, especially when that was their main campaign slogan: “Kung walang korap, walang mahirap” (No corruption, no poverty).

And so, I will guard how the finances of the people will be spent by the government in 2015, to see genuine inclusive growth.

I’m praying for President Aquino and his team to be true to their professed calling.

Permanent link to this article: https://waves.ca/2014/07/30/im-on-guard-as-aquinos-2015-inclusive-growth-budget-is-advanced/