CHECKING MY ALIGNMENT WITH THE BIBLICAL VISION OF TRANSFORMATION

I CRY JUSTICE FOR THE VICTIMS OF BUS BOMBING IN BUKIDNON 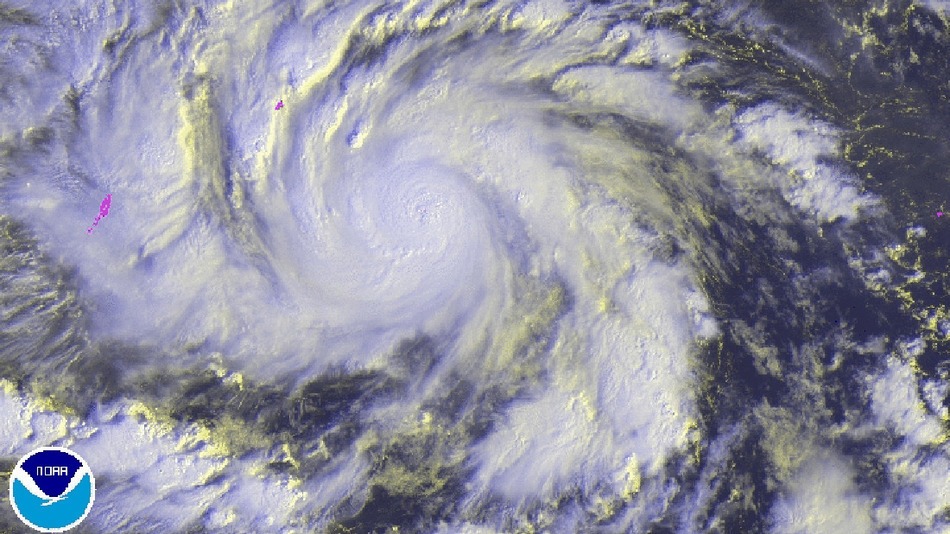 Typhoon Ruby, now internationally known as Typhoon Hagupit (Tagalog, “lash”), is expected to make landfall on Saturday evening. Forecasts and trajectory reports indicate confusion and disagreementsbetween different weather agencies. European predictions suggest a direct hit on the country, starting in Leyte or Eastern Samar and making its way northwesterly through the central islands and exiting through the west after potentially scraping Manila. Philippine’s own weather agency, PAGASA, has a consistent report to this, predicting a path similar to last year’s typhoon. Conversely, the American Global Forecast System, which has reportedly performed better than European institutes this year in forecast accuracy, sees the typhoon spiking northwards before hitting Samar head on. However, the Japanese Meteorological Agency’s report corroborates the European forecast. It is more likely that this prediction will be true.

Ruby, which formed earlier this week in the Pacific, is expected to weaken in strength upon landfall, due to pressure changes and temperature differences. The environmental conditions of the Pacific this year are different from last year and will help diminish the strength of the typhoon compared to Yolanda, but it still has the potential to be considered a super typhoon, according to most agencies. Regardless, thegreatest threat is likely to come from the rainfall, waves, and subsequent flooding.

Communities are preparing and/or evacuating in the Leyte, Samar, Surigao, and Agusan regions. Tacloban, the area worst hit by Yolanda, is expected to be skirted by Ruby. With 200-250 Km/h winds and gusts, governing bodies, NGO’s, and local populations are taking few chances. There have been lessons learned from last year, but trauma is still fresh. As a result of last year’s devastation, local leaders have stood before the international community against climate change and its disastrous results. Other studies have been made linking natural disasters to political change. Still, though, development, reconstruction, and rehabilitation have been slow. In all things, despite the overwhelming destruction that comes with these disasters, we can still trust God to redeem all things; may He give us strength and wisdom in the meantime.

In Ormoc, Leyte, where Typhoon Haiyan caused so much destruction and loss of life just over a year ago, PeaceBuilders Community Incorporated (PBCI) Consultant Kriz Cruzado is hard at work preparing for the disaster relief which will likely be needed after Typhoon Hagupit reaches the Philippines tomorrow. Ever since Haiyan, Kriz has been working tirelessly in disaster relief and disaster preparedness efforts in the Visayan Islands – the region of the Philippines which is most often struck by typhoons. Her efforts have been instrumental in creating and facilitating the Peace and Reconciliation – Disaster Response Network (PAR-DRN), a joint project of PBCI, Mennonite Central Committee, Mennonite Church Canada, and the Philippine Council of Evangelical Churches. PAR-DRN has been training pastors and community leaders in the Visayas in disaster response. With Hagupit approaching, Kriz shared this update from Ormoc:

Report from FieldOps Command as of 05 December 2014 at 1335PHT
The Ormoc Evangelical Disaster Response Network (OEDRN) is now officially preparing for disaster response. They will be joined by disaster response networks from Western Leyte (Merida, Isabel, and Palompon), and Northern Leyte (Dulag and Abuyog). All committee teams are now preparing to do their tasks in case a disaster response is going to take place beginning Sunday or Monday (November 7 or 8).

Immediate Needs
Depending on the severity of the damage, all evacuation centres will need

One Body in Christ touching everyone

All church pastors and church leaders have agreed to host evacuees in their respective churches to organise the evacuees and gather all their available resources and apportion it to everyone while waiting for the emergency relief food.

The church people, who have been trained in disaster response as part of their ministry, will then be organized to work with their respective barangays/villages or cities/municipalities to help in relief operations reaching all members of the community applying Sphere Standards.

The health and paramedics team will need

In support, the volunteers and the whole team resources for coffee and bread will be needed.

Kriz and the team are heading back to Tacloban to get the rope for rapid response, printer for the office, and other stuff we could get.

HERE’S HOW TO HELP:

In the United States, please send your donation to the Mennonite Central Committee.

In Canada, please donate to the Mennonite Church Canada,

In the Philippines, please send your donation to PeaceBuilders Community.

Permanent link to this article: https://waves.ca/2014/12/05/our-community-declares-red-alert-as-hagupit-lashes-at-eastern-visayas/