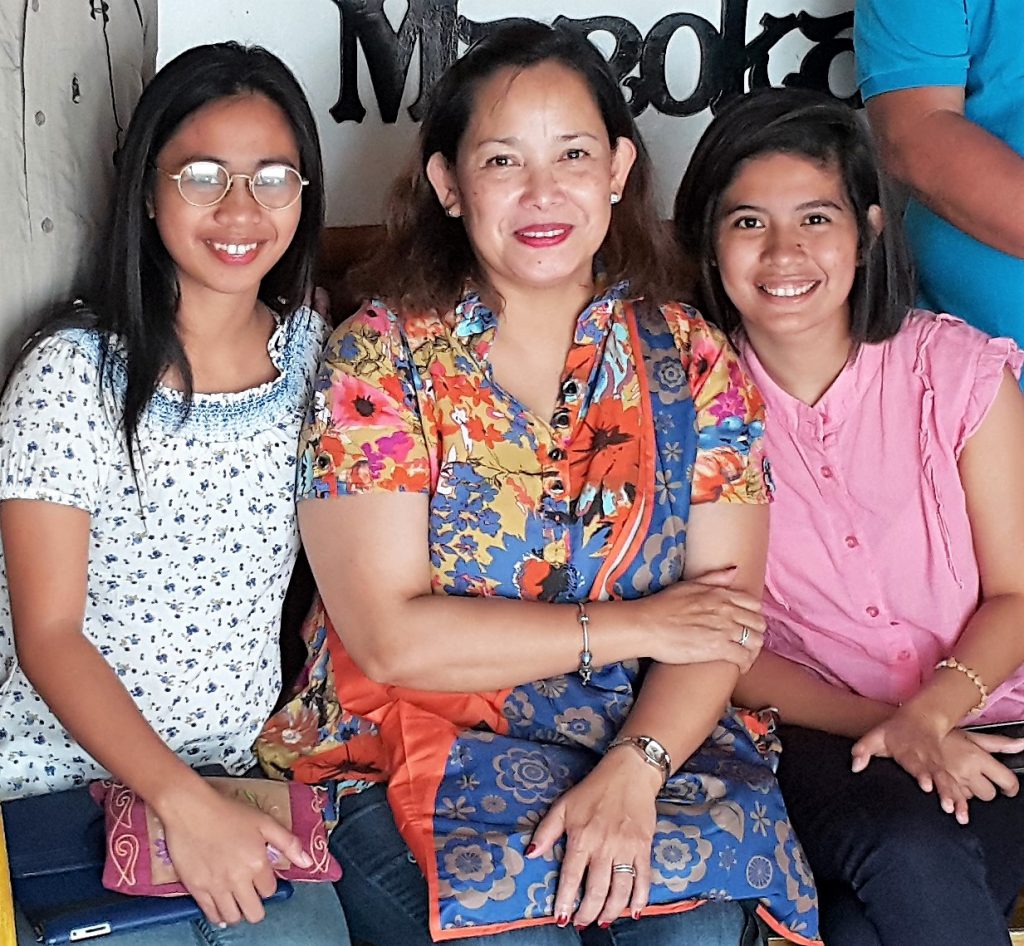 Two of the young inclusive development leaders we’re training — Sihaya Ansibod (Erumanen Menuvu, North Cotabato) and Twinkle Alngag Bautista (Sumacher, Kalinga) — represented CFP at the BPI Sinag Accelerate 2017’s final social entrepreneurial booth camp. Last 10 November 2017, they competed with other leading young entrepreneurs from across the country. Their business plan made it to the Top Five Winners with a cash prize of PhP500,000 (around C$12,000). 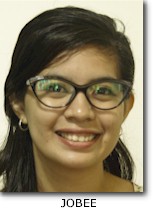 SIHAYA ANSIBOD (aka JOBELYN P. BASAS)
jobelyn@peacebuilderscommunity.org
Jobee obtained her Bachelor of Science Degree in Community Development from Southern Christian College, Midsayap, Cotabato. She is a proud Aromanen Manobo — one of Mindanao’s indigenous peoples. Her tribal name is Sihaya Ansibod — “The Enlightened One”. Prior to coming to PBCI, she served as a psycho-social worker in an organization advocating and working for children’s rights. She has good working skills in dealing with various kinds of situations, proficient in working with computers, works effectively with PBCI office and field teams, and flexible in adapting changes in new settings. 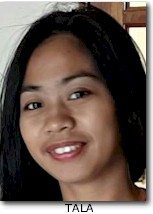 TWINKLE ‘TALA’ BAUTISTA
tala@peacebuilderscommunity.org
We call her Tala — the Pilipino term for star. Tala is a proud member of the Sumacher Tribe in Kalinga province and celebrates the fact that she belongs to the Indigenous People: “I’m an IP!” She’s a graduate of the University of the Philippines in Diliman, with a Bachelor of Arts degree in Journalism. At an early age, she dreamed to be a missionary. Now that she’s part of PeaceBuilders Community, she testifies with much excitement that she is a Peacebuilding Missionary!

“BPI Sinag,” according to their website, “caters to entrepreneurs of all ages looking to make a difference. Created to discover, equip, and empower social entrepreneurs who can help uplift Filipino communities, this year’s BPI Sinag will focus on enabling these entrepreneurs to scale-up and expand, so they can further deepen their impact in community development. With this in mind, BPI Sinag Year Three will go beyond holding an enterprise competition and bootcamp, and move into building a social enterprise ecosystem.”

Based on Sihaya’s and Tala’s business plan, the award money will be used as part of Coffee For Peace’s capital to expand our post harvest processing plant among the Bagobo-Tagabawa tribal community in Barangay Managa at Mt Apo.

I’m so blessed to be called ina (mother) by these gifted women. They have been undergoing inclusive development and entrepreneurial management training with me for the past two years.

They are seen being recognized for their accomplishment in the official video of PBI Sinag Foundation (13:25) below.

Permanent link to this article: https://waves.ca/2017/11/12/my-inclusive-development-daughters-won-a-national-entrepreneurship-award/