PRAYING FOR KALINGA ON A SUNDAY MORNING WORSHIP TIME 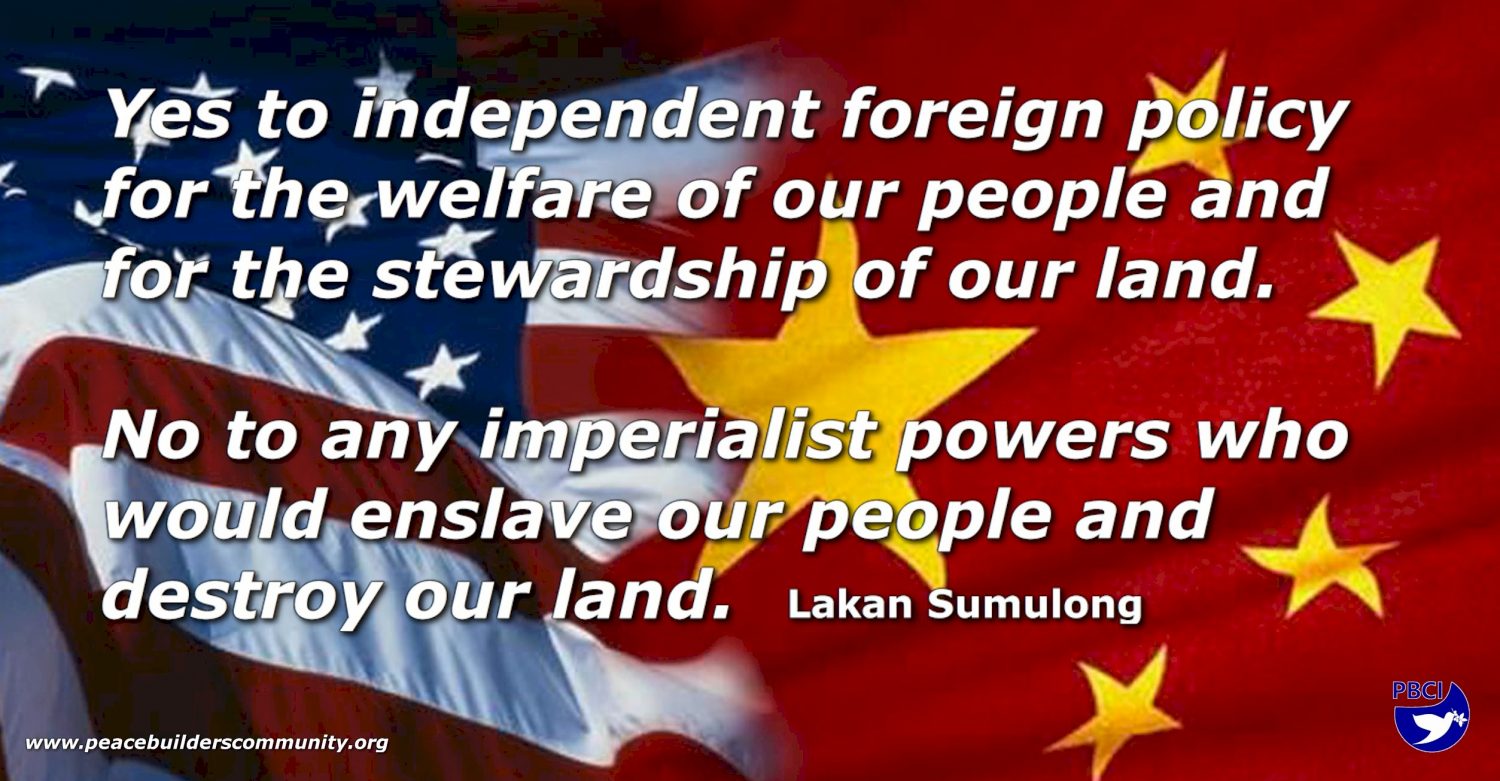 The military and economic might of both the United States of America and the People’s Republic of China have been encroaching into our ancestral land and waters while both claiming to protect our lives and various ways of living from threatening factors.

We believe this to be true.

The independence and the check-and-balance functions of the three branches of the government is a big concern right now. The legislative branch of our government has been tagged as the “loyal defender” of President Duterte; and the Philippine Congress, according to a leading news outfit, “has consistently shown it will protect the President from his critics, with Speaker Pantaleon Alvarez leading the charge.” The independence of the judicial branch of the government is also endangered as Supreme Court Chief Justice Maria Lourdes Sereno recently faced impeachment hearing before the House of Representatives allegedly due to psychological and income transparency issues.

According to the 2018 World Report of the Human Rights Watch, about 12,000 lives were claimed under President Duterte’s “war on drugs.”  Those killed were “primarily poor urban dwellers, including children.”

Our own people are dealing with these crises and we do not need the war-mongering intervention of America. For a Western power who have killed hundreds of thousands of our people in an unjust war, the United States has no moral basis for remaining in the Philippines and even for pointing at our human rights problems. In these times when America’s wars have been causing so much sufferings around the world, we say: “We seek to relate with you as equals. We’ll do business with you as equals. We strongly protest against your military presence in our land! Meanwhile, change your colonial master’s attitude because we’re no longer beholdened with your great-American-dream-turned-nightmare.”

The Dragon. The People’s Republic of China claims almost the entire West Philippine Sea, “a strategic waterway where $3 trillion worth of goods passes every year.” In their embassy publication, they mentioned a diplomatic arrangement between them and the Philippine government: “In 2014 China and the Philippines reached an agreement over the Scarborough Shoal, a collection of rocks and reefs east of Luzon in the South China Sea. The agreement was as to shared use between the Philippines and China and was negotiated between China’s deputy minister for foreign affairs, Fu Ying, and Philippines senator Antonio Trillanes. The evidence strongly suggests that the agreement was sabotaged by the United States, acting through its ally, Filipino foreign minister Albert del Rosario.” In the same article, China claims to protect the Philippines from American and Australian militarization of the area and to help the free flow of economic activities in the said sea.

Last December, the Voice of America reported that Pakistan, Nepal, and Myanmar all backed away from a total of around $20 billion worth of Chinese projects largely due to “diverse local political and economic reasons.”

At the time of this writing, Joji is preparing for a visit to Kenya as part of her duties as chair of the Peace Commission of the Mennonite World Conference. Part of her curiosity is to get a glimpse on the presence of Chinese companies in that Sub-Saharan country. We started reading about the impact of China’s presence there. A 2015 study of the impact of China’s presence in the social and economic development of Kenya has the following for its conclusion:

The study found out that the social dimensions in the Chinese presence in Kenya include aid and debt relief, education and telecommunications while the economic dimensions include trade, investments, exploration and infrastructure development. Chinese development aid helps to finance infrastructure projects, hydropower stations, stadia, hospitals and schools. This study concludes that bilateral economic and trade relations have soared and both sides have made rapid headway in cooperation in the areas of electric power, communications, investment and project contracts and have achieved and maintained close consultations and cooperation in international affairs. Lastly the study has given recommendations for improving the economic and social relationship between Kenya and rest of Africa and China as follows: China needs to build a stronger social basis for Sino-African relations; China should make concrete contributions to African peace and security; and, China must pave the way for future symmetrical interdependence between China and Africa.

A Wharton School report seems to validate such positive picture on how China treats their African partners in trade and diplomacy. A financial planning outfit also presents a generally positive picture while showing the pros and cons of doing business with China.

So far, we’d welcome the idea of doing business and diplomatic ties with China.

But for the record, along with the rest of Filipino people who seethe as China builds up military facilities in the West Philippine Sea, we strongly protest against such Chinese military build-up in our waters!

Yes to independent foreign policy for the welfare of our people and for the stewardship of our land.

No to any imperialist powers who would enslave our people and destroy our land.

Permanent link to this article: https://waves.ca/2018/02/28/the-threatening-eagle-and-dragon-who-both-claim-to-protect-the-philippines/