CELEBRATING OUR CHURCH FAMILY IN DAVAO

I’M PRAYING FOR THE PEACE OF SOUTH CHINA SEA 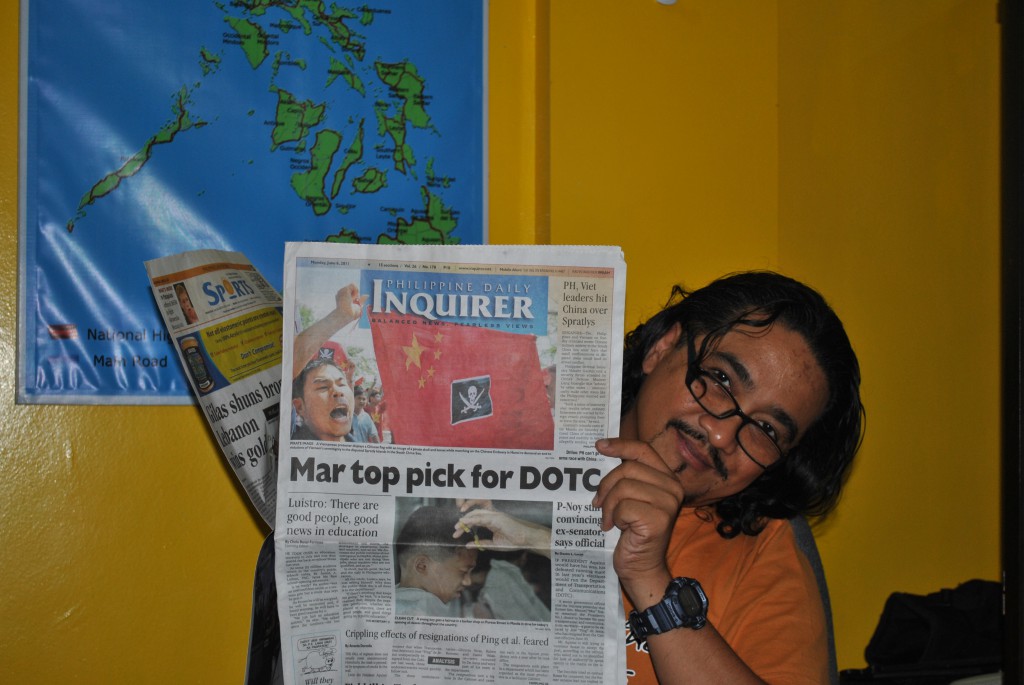 The Philippines and Vietnam are alarmed by China’s increasing military presence in some islands in South China Sea.

This issue has been causing some fear among us, peace building workers, in the region.

Then, according to the Voice of America, the United States “has offered to facilitate territorial disputes between China and its Southeast Asian neighbors.” In fairness, I’d like to think that the US actually meant facilitating a resolution to this dispute. Just like before, the Super Power may be well-meaning as they get involved in this dispute. But based on their historical record in trying to police the world, I’m skeptic about American peacemaking.

Personally, I think the United States should not get involved in the current South China Sea dispute between the five Southeast Asian nations and China.

Here’s how I understand the nature of the conflict: The Spratly and Paracel archipelagos hold major oil and gas reserves. These archipelagos are claimed in whole or in part by Brunei, China, Malaysia, the Philippines, Taiwan and Vietnam.

In 2002, China and the 10-member Association of Southeast Asian Nations signed a pact called The Declaration on the Conduct of Parties in the South China Sea. This is a good basis for a multilateral approach to this dispute. Vietnam’s Defense Minister Phung Quang Thanh referred to this document, during a regional meeting in Singapore yesterday, as the framework for a peaceful conversation about this fragile situation.

I know that many of my fellow Filipinos would immediately welcome the support and protection of the Big Brother USA in the face of China’s increasing military presence in South China Sea. I understand the fear of being “bullied” by the Awakened Dragon.

I’d choose a third risky scenario: the multilateral approach where Brunei, China, Malaysia, the Philippines, Taiwan and Vietnam can have conversation based on The Declaration on the Conduct of Parties in the South China Sea. I hope President Benigno Simeon Aquino III will pursue this path which he expressed during his dialogue with Sultan Haji Hassanal Bolkiah of Brunei. Secretary Herminio Coloma Jr. of the Presidential Communications Operations Office said:

…the President also raised the issue on the disputed Spratlys Islands, and expressed hope that multi-lateral dialogue participated in by all the claimants be the main avenue in resolving conflict.

“The principal objective is to maintain peace and stability in the region. This is the stance taken in by the Sultan and other ASEAN countries,” Coloma said.

In the discussion, Coloma said the President referred to “certain challenges” in the contested area. Both the Philippines and Brunei, and other Asean countries, including China, are contesting the Spratlys

“The President told the Sultan that there have been some developments in the area recently, that leads us even more purposive in seeking the objective of full cooperation and dialogue,” he said.

I pray that the US would not impose its involvement.

I pray for peace in South China Sea.

News Updates on this Issue:

Permanent link to this article: https://waves.ca/2011/06/06/im-praying-for-the-peace-of-south-china-sea/