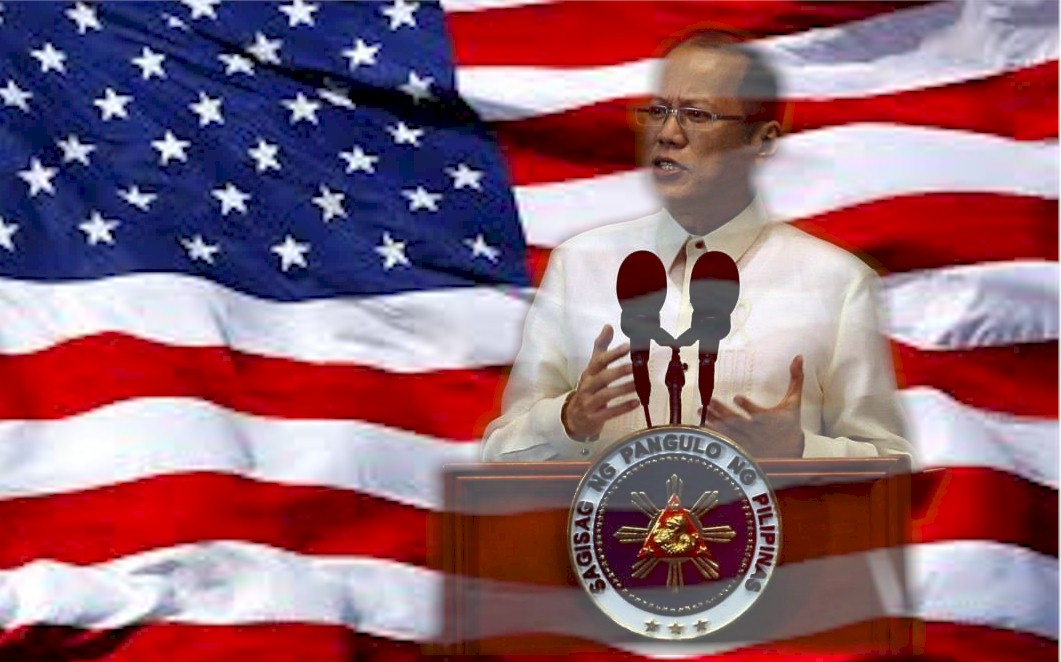 Notes and Reflections on the 2013 Framework Agreement on increased Rotational Presence between the PH Department of National Defense and the US Department of Defense.

Assistant secretary Carlos Sorreta of the Department of Foreign Affairs led the Philippine panel of negotiators. In a statement released by the Department of National Defense, he said that their talks with the Americans were “guided by the Constitution, utmost respect for sovereignty, and mutuality of benefits in any approved activity and deployment of equipment.” He added, “We would like to assure the Filipino people that your government is committed to defending and protecting the country’s sovereignty and territorial integrity.” Then he identified the benefits of this new deal with the Americans:

In a news report, professor Benito Lim of Ateneo de Manila University expressed concern that the Philippine government is actually allowing the United States to re-establish a military base in this former American colony. This respected political scientist believes that this proposed rotational presence of the US military is “…going to be a US military base, because it looks, walks, waddles, sounds, and smells like a military base.”

Is the Philippine government so blinded by a colonial mentality that they do not seem to see the American motive behind this ‘increased rotational military presence’ in their supposedly sovereign republic?

The United States of America has been aggressively positioning itself as the global power in the Asia Pacific. US Vice President Joe Biden, in a speech he did a few days ago in Singapore, said, “I state without apology that we are a Pacific power. America is a Pacific resident power and we will remain so.” Biden’s policy statement is right on with an August 2012 independent research done by the Centre for Strategic and International Studies (CSIS). In this study, the historical US interests in Asia were identified:

In page 14 of the said study, several factors were identified and mapped out as part of the Landscape of Security Challenges being faced by America:

Such were identified as the “Current and Emerging US National Security Interests”.

And here’s how CSIS summarized the US objective for Asia Pacific:

The underlying geostrategic objective for the United States in Asia and the Pacific has been to maintain a balance of power that prevents the rise of any hegemonic state from within the region that could threaten U.S. interests by seeking to obstruct American access or dominate the maritime domain.

There’s a local manifestation of this Manifest Destiny, when Americans want to protect a city from the so-called terrorists. Mayor Rodrigo Duterte of Davao City disclosed in a meeting with a segment of his constituency last August 12, 2013 that the Americans have approached him and his daughter to use the Davao old airport for military purposes. He said, “I refused. I will not allow them to use our airport for them to launch their drones.” Duterte also expressed his view that the US military presence would even attract more violence in his city. He told a story that happened in May 16, 2002 when an American, Michael Meiring, was injured in a bomb explosion in a local hotel. Investigations showed that Meiring was the owner of the bomb. He was quickly smuggled out of the country by his fellow American operatives.

America may want to be perceived as benevolent! America may feel burdened to police and to save the world.

But the American way of life and system of governance cannot be imposed as the universal truth. The ‘American Way’ is not a metanarrative. This is the point of a young political-economic analyst from the People’s Republic of China. (The Americans educated him.)

Many analysts would argue that foreign relations are guided by realpolitik, which literally means ‘real politics’. It is the practice of politics independent of moral or ethical considerations, usually for the advancement of the national interests of a country; and, it’s supposed to be free from ideological influences.

Independent of ethical and moral considerations? Yes, that may be true. Most corporations show that as their bottom line gets bigger while they trample on the necks of the poor.

But free from ideology? Not so.

We can detect the ideology behind this new arrangement with the US. The national interest of each nation is usually defined by economic progress (wealth) and national security (power). The conventional view today is that, economic progress is achieved when there is ‘free market’ not only nationally but globally.  This is the ideology of ‘rule by the world market’—the ideology of NeoLiberalism. This ideology has one single cause—economic growth in a linear fashion. It reduces the other dimensions of global reality—such as ecology, culture, politics, spirituality, and civil society—and subordinates them to the game of the world market system in which everything is measured by linear economic growth. In other words, it’s getting all the material wealth one can get with bulldog tenacity, while ignoring the other important aspects of life that make us truly and fully human.

In NeoLiberalism, national security is achieved by having a strong defense infrastructure or superior military force. In a global reality of the 21st century, it’s not enough for a strong nation to guard its borders; it must deploy its military forces to guard or secure their economic interests beyond its borders.

This is what America is planning to do with the Philippines in the 21st century.

They did this to this country in the 20th century.

Please continue praying for the peace of the Philippines.

Permanent link to this article: https://waves.ca/2013/08/15/is-the-aquino-government-re-americanizing-the-philippines/