LESSONS I LEARNED FROM AN INTERNATIONAL PEACE CONFERENCE IN EGYPT

MY FRIEND, MAIMAI, AND I ATTENDED THE PEACE TALKS BETWEEN THE GOVERNMENT AND THE CORDILLERA PEOPLE 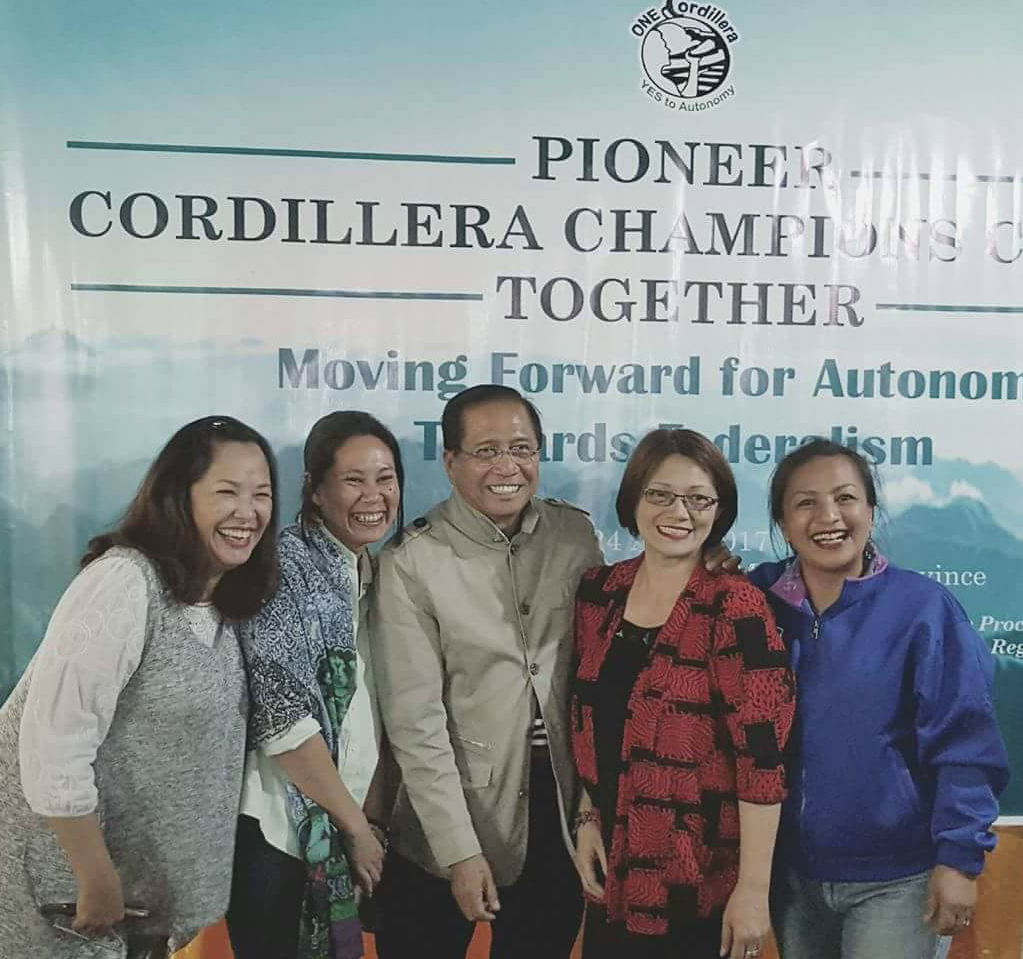 Last 23 April 2017, I went to Mount Data — a part of the northern mountain ranges of the Philippines we refer to as The Cordilleras — to attend and help document a meeting between the Cordillera Peoples’ Liberation Army (CPLA) and the Government of the Philippines (GPH). This historic event is one of the series of critical meetings in an on-going peace negotiation between the CPLA and the GPH.

My friend, Maimai Lim, was with me. She offered to drive her 4X4 sports utility vehicle. Maimai is one of my classmates in the graduate course on social entrepreneurship I’m currently taking. She became interested in our peacebuilding work among the indigenous people, especially among the Bangsamoro Muslims in Mindanao. Maimai is now our partner in propagating Peace and Reconciliation principles and practices in the Province of Antique, where her family is among the respected leaders of the province.

Mount Data is a mountain located in the Cordilleras rising to a height of 2,310 metres. The Cordillera Region comprises six provinces: Abra, Apayao, Benguet, Ifugao, Kalinga and Mountain Province. The regional center is the highly urbanized city of Baguio. Prior to the 2015 census, the Cordillera Region is the least populated and least densely-populated region in the country. (Wikipedia)

PeaceBuilders Community, Inc. (PBCI) has been involved in the lives of the Cordillera People when we were led to establish a relationship with the people of Kalinga. It was Twinkle ‘Tala’ Alngag Bautista, one of our senior staff members, who introduced us to the Cordillera Peoples’ Liberation Army (CPLA).

Prior to this meeting at Mount Data, my husband Lakan and his Peace-and-Reconciliation (PAR) team have been building relationships with the leadership of the CPLA. 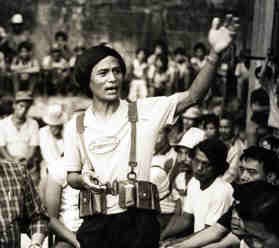 Father Conrado Balweg (aka Ka Ambo) speaking before the Cordillera people. Taken around 1978.

The CPLA  is a militant organization based in the Cordillera region in the Philippines founded by Father Conrado Balweg, a Catholic priest. Their goal was to fight for the self-determination of the people of Cordillera. In 13 September 1986 the CPLA and the Government of the Philippines (GPH) made a “sipat” or cessation of hostilities in Mt. Data Hotel, in Bauko, Mountain Province. The agreement between the two entities was dubbed as the “1986 Mount Data Peace Accord.” In 1999, the organization’s founder, Fr. Balweg, was assassinated.  A closure agreement between the Humiding Faction of the CPLA and the GPH was signed on 04 July 2011 at the Rizal Hall in Malacañan Palace. The agreement calls for the disarmament of the group, the reintegration of the militants into mainstream society and the conversion of the militant group into a socio-economic organization. However, the original members of the CPLA told us that, as far as the wider constituency of the Cordillera People is concerned, there was no CPLA-GPH closure. For them, the so-called closure of July 2011 was hastily done by GPH with a small faction of CPLA for the purpose of political image-building.

This Mount Data meeting where Maimai and I recently attended was a review and a clarification meeting between the CPLA and the GPH — that there was indeed no closure yet in this peace process. Until the Cordillera People actually enjoys their right to self-determination and the governance-stewardship of their ancestral domains, the peace negotiations will have to continue.

Maimai and I left the meeting praying that the present administration would sincerely support the passage of House Bill 5343, An Act Establishing the Autonomous Region of the Cordillera which was filed recently in Congress. This would be a significant step towards the Cordillera Peoples’ enjoyment of their right to self-determination in their beautiful Ancestral Domain.

PeaceBuilders Community is committed to support the CPLA in their struggle to attain regional autonomy.

PBCI JOURNEY WITH THE CORDILLERA PEOPLE

:: In 12-16 April 2010, my husband, Lakan Sumulong, felt a need to travel to Tabuk City, the capital of Kalinga Province, to get to know the Kalinga people.  There, he was given a whole morning to dialogue with the Matagoan Bodong Consultative Council (MBCC), which, according to Arlene Ethel Odiem of the city mayor’s office, was “the peace and reconciliation elders of the Kalinga people.”  Lakan was also aware that his colleague, Jonathan Rudy of Mennonite Central Committee, had already been there and had, in fact, conducted a series of peacebuilding seminars among those leaders.  But still, Lakan strongly felt “there is something existential that connects PBCI and the Kalinga people” which he was not able to describe at that time.

:: In June 2010, we met Hart and Ginny Wiens, a Canadian missionary couple to the Philippines who served with the Summer Institute of Linguistics (SIL).  Hart and Jenny were from a Mennonite background.  They lived with the Kalinga people for 20 years and helped translate the New Testament in a Kalinga language.  In the last week of January 2011, the Wiens led the us through a nine-hour hike to Asibanglan, a Kalinga community where the Weins used to live.  There, we were invited by the tribal elders to start a coffee livelihood program within the PAR framework.  After a few months, PBCI sent Kriz Cruzado to conduct an introductory seminar on PAR and Coffee For Peace.

:: In 30-31 May 2011, PBCI was requested by the Philippine Council of Evangelical Churches (PCEC) to conduct PAR Facilitators Training among their youth leaders who were involved in social action.  Among those youth leaders was Tala—a young Kalinga lady who finished a bachelors degree in Journalism from the University of the Philippines.

:: In 07 November 2011, Tala was accepted into the two-year training program with PeaceBuilders School of Leadership (PBSL).  She showed high interest and performance in theological reflection, social analysis, and field work.  She particularly excelled as a field team leader doing actual PAR community development in one of the most critical areas in Mindanao.

:: In 23 December 2013, Tala moved back among the Kalinga people to fulfill her calling to advance biblical justice, peace, and reconciliation starting from her home tribe.  “Becoming a missionary, “ she said, “had been my dream since I was five years old.”

:: In 26-29 August 2014, Tala invited me to Barangay Bulo in Tabuk City, where families from the Sumacher tribe in Upper Kalinga established their city dwellings together.  Tala’s family and tribe adopted me as one of their daughters.  When the sisters were putting the welcome necklace, I was almost in tears for their open arms. During that time, the Sumacher Tribe expressed their desire to become the initial PAR Community in Kalinga.

Permanent link to this article: https://waves.ca/2017/04/25/my-friend-maimai-and-i-attended-the-peace-talks-between-the-cpla-and-the-gph/